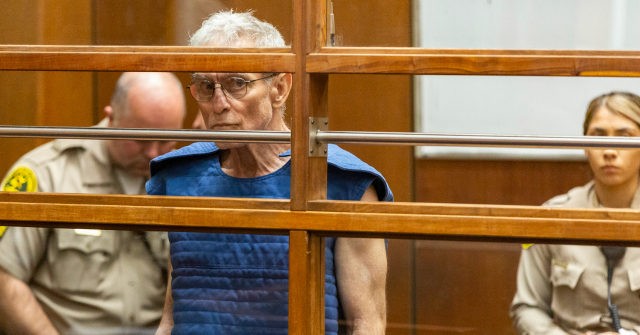 A Los Angeles judge denied Democrat Party donor Ed Buck’s request on Friday to be released from jail before his trial.

“Buck’s attorneys argued that their client should be released from the downtown federal lockup due to the COVID-19 pandemic currently moving through jails and prisons,” according to Fox 11.

The 66-year-old had offered to pay a $400,000 signature bond and be electronically monitored in confinement at his home.

“However, U.S. Magistrate Judge Rozella A. Oliver found that the proposed bond conditions were insufficient to ensure Buck’s presence at trial, given the incentives to flee,” the article said.

Oliver also determined he would pose a danger to the community if released from jail prior to his trial scheduled for January 19.

As for the threat of COVID-19, the judge said defense attorneys did not show that the Metropolitan Detention Center was unable to handle Buck’s medical needs, and that he didn’t have any medical conditions that put him at elevated risk for the virus, beyond his age.

In August, a federal grand jury returned a superseding indictment that charged Buck with four additional felonies, including allegedly enticing his victims to travel to engage in prostitution.

Per the CBS Los Angeles report:

The four additional counts include one count alleging that Buck knowingly enticed 26-year-old Gemmel Moore to travel to the Los Angeles area to engage in prostitution and that he further allegedly provided methamphetamine to Moore, who overdosed on the drug and died on July 27, 2017.

Jasmyne Cannick, an advocate for the victims, expressed her agreement Friday with Oliver’s decision not to release Buck from jail.