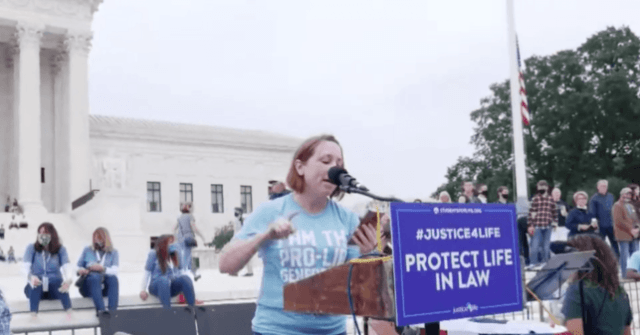 While conservatives back the nomination of Barrett, the backlash against her began yesterday, after reports surfaced identifying her as the frontrunner and likely choice. Leftists almost immediately began attacking her positions, faith, and family.

“It’s going to be a big deal. We’re doing it at the White House, the Rose garden of the White House unless it’s raining. In which case, we’ll still do it there,” Trump told rally attendees in Jacksonville, Florida, on Thursday.

“They don’t want us to do it. The Democrats say, ‘You shouldn’t do it.’ Why? We have a lot of time. Let me ask you the one simple question. If it was them, instead of us, do you think they do it?” he asked.

“I think so. No, this will be a very talented person. It will be a woman,” Trump continued.

The president added that Democrats now want to “pack the court.”