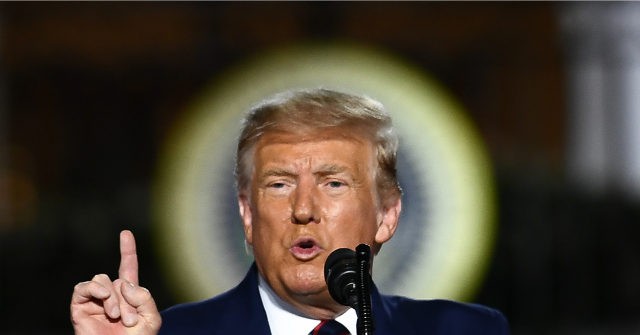 President Donald Trump scolded the establishment media at a press conference on Sunday for failing to report on new developments in the FBI investigation of his 2016 campaign.

The president referred to reporting from CBS News reporter Catherine Herridge, revealing that the primary sub-source of the infamous anti-Trump dossier developed for the Democrats by Christopher Steele was also the subject of an FBI 2009 counterintelligence probe because of his ties to Russia.

He also referred to new text messages revealing that the FBI was “scrambling” to build a case against Trump as some agents expressed fears that they would be “screwed” if Trump won.

“It would be a tremendous thing for the mainstream media to really start reporting, I think your ratings would really go through the roof, I really do, because people are really tired of this fake stuff,” Trump said.

The president called the scandal the biggest political scandal in history, adding that it was “much bigger than Watergate.”

He said the people were still finding out about the story, despite the media ignoring the details.

“They all know about it, and it just makes the media look so bad,” Trump advised. “It’s getting really hard to avoid.”

The president has also referred to the reports during his recent campaign rallies, accusing Democrats of colluding with Russia to interfere in the 2016 election.

“They were the ones that were involved with Russia,” Trump said on Friday. “It was a whole big disinformation campaign!”