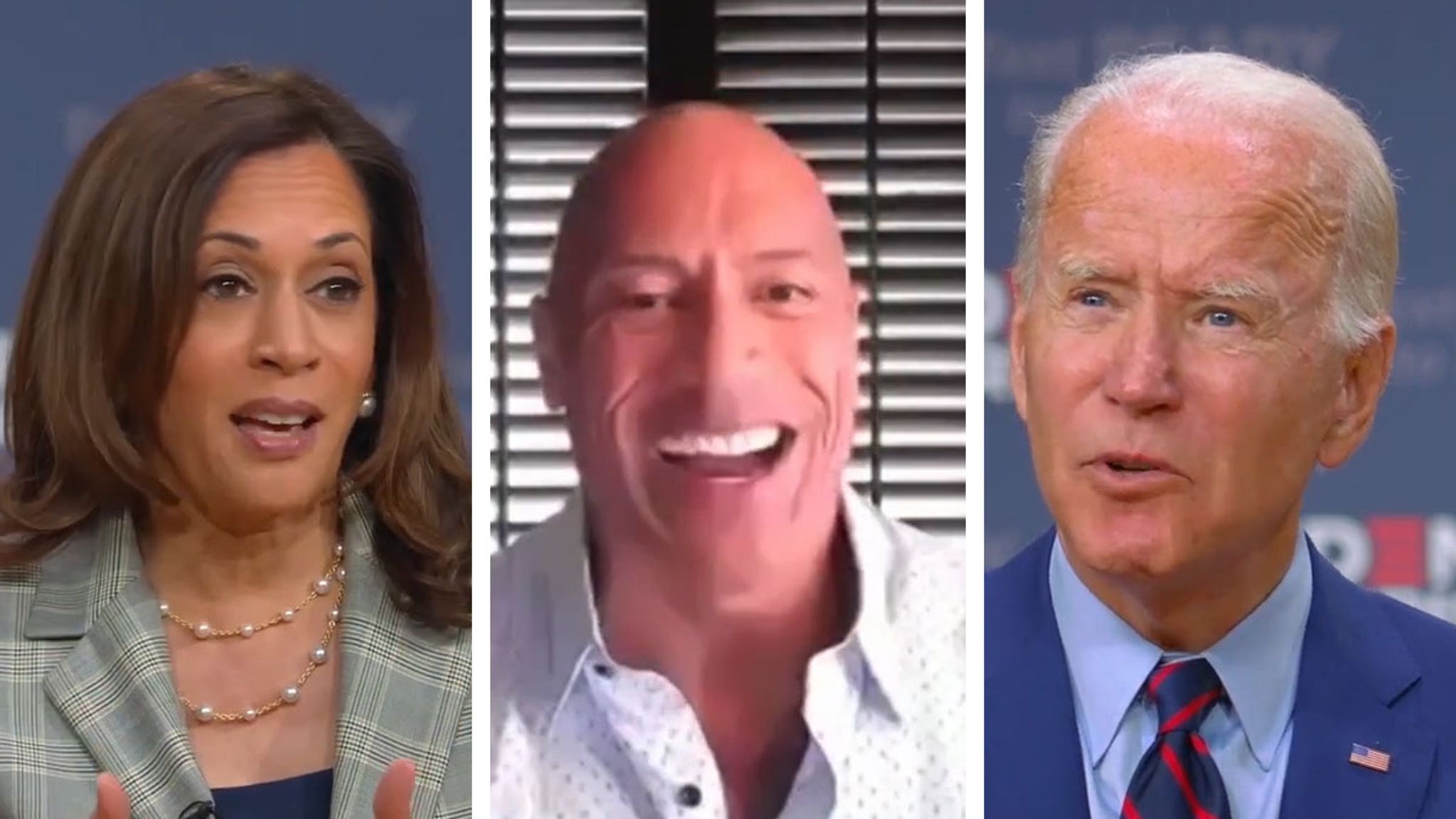 The Rock is fearless, but he’s never dared to venture into the snake pit we call politics … until now.

So, Dwayne Johnson played host to Joe Biden and Kamala Harris in a new video, and he gave them the seal of approval, endorsing them to replace Trump/Pence.

The Rock singled Senator Harris out at one point, praising her for her career achievements and saying, “In my opinion, you are a certified badass.”

Biden and Harris are clearly zeroing in on celebrities who have massive followings to get their supporters out to vote. The Rock has 199 million followers, and that’ll get you elected. Joe Biden recently sat with Cardi B for a video chat, and she has 76 million followers. Get the picture?