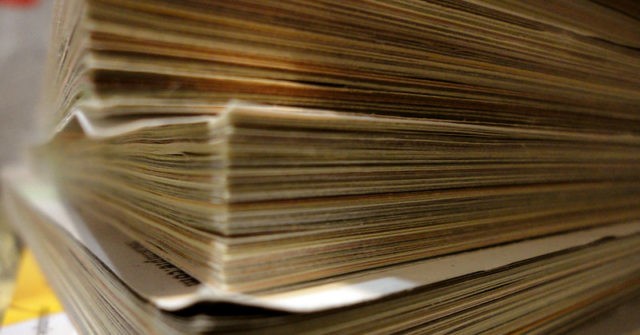 The New York Times published details Sunday of what it claimed were President Donald Trump’s tax returns to the Internal Revenue Service (IRS), going back more than two decades, showing “chronic losses and years of tax avoidance,” it said.

Donald J. Trump paid $750 in federal income taxes the year he won the presidency. In his first year in the White House, he paid another $750.

He had paid no income taxes at all in 10 of the previous 15 years — largely because he reported losing much more money than he made.

As the president wages a re-election campaign that polls say he is in danger of losing, his finances are under stress, beset by losses and hundreds of millions of dollars in debt coming due that he has personally guaranteed. Also hanging over him is a decade-long audit battle with the Internal Revenue Service over the legitimacy of a $72.9 million tax refund that he claimed, and received, after declaring huge losses. An adverse ruling could cost him more than $100 million.

The tax returns that Mr. Trump has long fought to keep private tell a story fundamentally different from the one he has sold to the American public. His reports to the I.R.S. portray a businessman who takes in hundreds of millions of dollars a year yet racks up chronic losses that he aggressively employs to avoid paying taxes. Now, with his financial challenges mounting, the records show that he depends more and more on making money from businesses that put him in potential and often direct conflict of interest with his job as president.

Democrats have long sought to obtain Trump’s tax returns, after he declined to release them during and after the 2016 election. In July, the Supreme Court ruled that House Democrats could not force Trump to hand over his tax returns. However, it also ruled that local New York prosecutors could obtain his tax returns for a local criminal investigation. Those battles are still before the courts.

The Times story, if based on authentic documents, appears to debunk several conspiracy theories held by Democrats for years. The tax returns do not “any previously unreported connections to Russia,” the Times reports. Moreover, the Times story appears to confirm Trump’s claim — long treated as an excuse by Democrats — that he is under audit by the IRS. And the Times could not find “any itemized payments to Mr. Cohen,” ostensibly the subject of the New York investigation.

“The tax audit looms,” the Times notes, reporting that Trump is facing future difficulties with losses and loans.

Past exposures of Trump’s tax returns have confirmed that he has paid millions of dollars in personal income taxes. MSNBC’s Rachel Maddow was widely mocked in 2017 for revealing a 2005 tax return that showed Trump had paid $38 million in federal income taxes that year.

The Times reports more broadly on Trump’s business and personal financial details. Trump has not corroborated the information that the Times is reporting.

It is illegal for the IRS to leak the personal tax returns of any individual. The Times is guarding its sources closely.