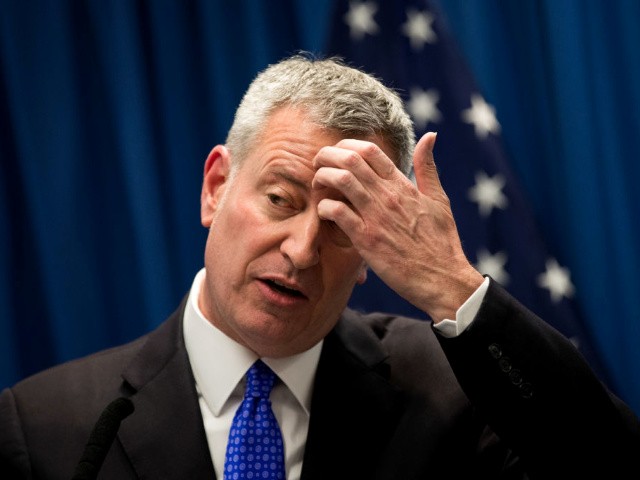 The New York City principals union has issued a vote of no confidence over Mayor Bill de Blasio’s (D) handling of re-opening and demands he cede control of the schools to the state’s education department.

Amid the coronavirus pandemic, the city government has repeatedly altered its plans for getting students back to school.

The Wall Street Journal reported on the development:

In the past month, the mayor and Chancellor Richard Carranza have twice made last-minute decisions to delay the reopening of schools because of a teacher shortage.

On Friday the city made another 11th-hour switch, allowing teachers instructing remotely to work from home rather than their schools. The principals union said it wasn’t notified ahead of time about the change.

In its no-confidence resolution, the executive board of the principals union said the mayor and the chancellor “have entered into grossly irresponsible staffing agreements that fail to prioritize the needs of school children and their families.”

The state’s Department of Education has reported a teacher shortage of around 12,000 and while city officials said they have hired “a few thousand” teachers, the exact number remains unknown.

Mark Cannizzaro, president of the Council of School Supervisors and Administrators, which represents 6,400 school leaders, said on Sunday that the nation’s largest school district should create another governing body, according to the Wall Street Journal.

New York City is leaving a lot of the school re-opening process up to parents, giving its estimated one million students the choice to learn fully remotely or take part in a hybrid model of remote and in-person instruction.

The exceptions are children in prekindergarten and students with special needs, with these students already starting in-person classes under the District 75 program.

“The frustration and the difficulty is immense,” Cannizzaro said in the Wall Street Journal report.