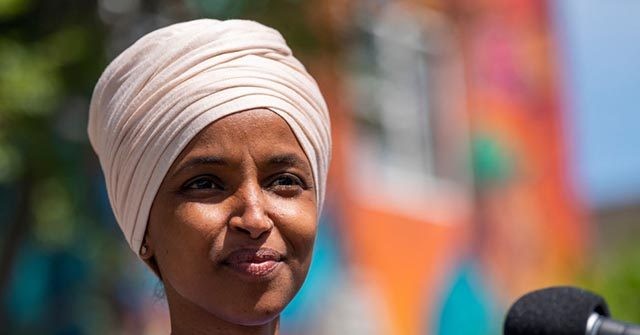 Project Veritas has released the results of an investigation into alleged ballot harvesting by supporters of Democrat Rep. Ilhan Omar in Minnesota, a key swing state in the 2020 presidential election.

She [Ilhan Omar] will do anything that she can do to get elected and she [Omar] has hundreds of people on the streets doing that,” said Jamal.

James O’Keefe, the founder and CEO of Project Veritas, said, “Ballot harvesting is real and it has become a big business. Our investigation into this ballot harvesting ring demonstrates clearly how these unscrupulous operators exploit the elderly and immigrant communities — and have turned the sacred ballot box into a commodities trading desk.”

O’Keefe said, “We are showing Americans what is really going on in one of our great cities — but, it is not me saying — we have the operatives on tape saying it all themselves.”

Project Veritas said its investigation found three locations inside Ward 6, a ballot harvesting triangle, where the scheme operates: The Riverside Plaza apartments, the senior citizen community at Horn Towers, and the Minneapolis Elections and Voter Services office at 980 E. Hennepin Ave., which also functions as a voting location and ballot drop-off site.

Jared Edge, the chief legal officer for Project Veritas, said that Mohamed and other ballot harvesters could face heavy penalties for their alleged violations of the law.

The Minnesota statute, 211B.13(1) prohibits paying a person or receiving money to register to vote or to vote, he said. “This is a state felony punishable by more than one-year imprisonment.”

Beyond paying voters, there are also state and federal laws regarding intimidation of voters, he said.

It is also a violation of federal law for anyone who votes for others illegally,” he said.

“In addition to those statutes, Minnesota has another statute, 211B.11(3), which makes it a misdemeanor to induce or persuade a voter to vote for or against a candidate, while transporting the voter to the polls,” he said.

Allum Bokhari is the senior technology correspondent at Breitbart News. His investigation into Big Tech, #DELETED: Big Tech’s Battle to Erase the Trump Movement and Steal The Election, is currently available for purchase. The book contains exclusive interviews with sources inside Google, Facebook, and other tech companies, who explain Silicon Valley’s efforts to sway the election from behind the scenes.