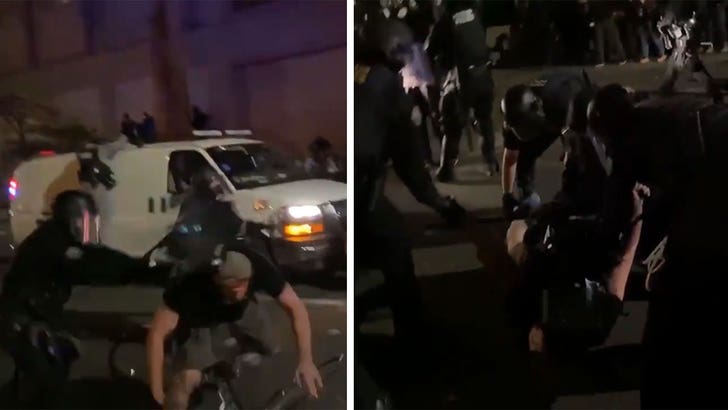 An Uber delivery man was riding his bike in Portland Saturday night when he was swarmed by cops and taken to the ground.

The man was riding along and passed a patrol van when 2 cops got off the vehicle and took him down with considerable force.

The guy pleaded with cops — he was a delivery guy just passing through — but his words fell on deaf ears. The cops pinned the guy on the ground and tied his hands behind his back.

A woman nearby implored the cops … the guy was not an agitator.

It’s unclear if the guy was arrested.

Portland has been gripped by protest since May, after the killing of George Floyd.