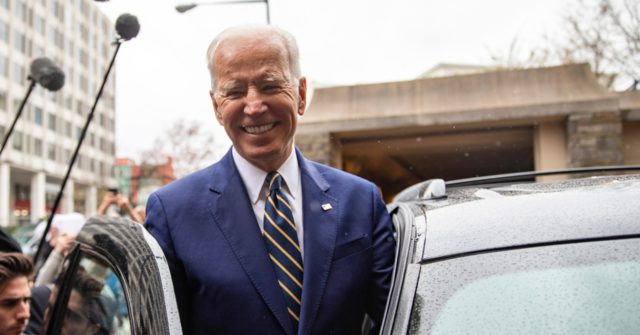 At 9:52 a.m. on Monday, the Joe Biden campaign announced the candidate would not be making any public appearances for the day.

Biden campaign has called a lid at 9:52am.

On Saturday, the campaign called another lid, the 10th time in the next-to-last month before Election Day.

Tracking Biden Campaign Lid Calls for the month of September. (Date, time & what the pool reporters of the day wrote)

Biden’s frequency for being off the trail in the waning weeks of the campaign has seeped into the consciousness of the media and now it is becoming news.

Mona Salama noted Biden called four such “lids” last week alone. With the one called on Monday, whether will likely be another called on Tuesday as Biden prepares for the first presidential debate with Donald Trump.

Joe Biden called a lid on the day earlier this morning. No events, no questions. Less than 6 weeks before the election, the Democratic nominee is working at a 50% clip, calling a lid 7 of the past 14 days and 11 of the past 26 this month. Is this a preview of a Biden presidency?

“Less than 6 weeks before the election, the Democratic nominee is working at a 50% clip, calling a lid 7 of the past 14 days and 11 of the past 26 this month,” The Hill‘s Joe Concha wrote on Twitter.

During a rally in Pennsylvania last week, President Trump turned Biden’s lid frequency into an issue: