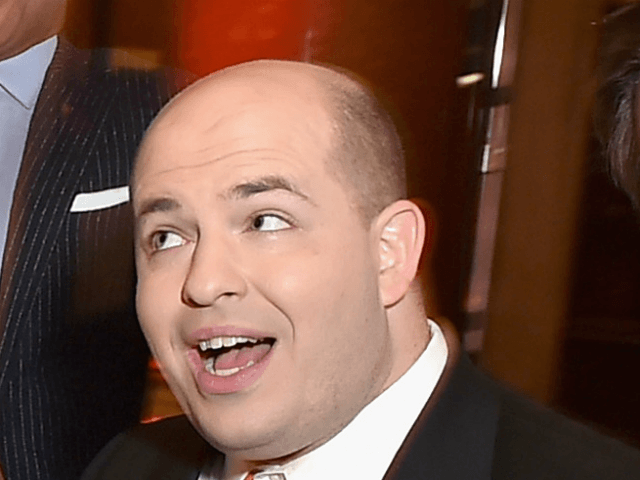 CNN’s Brian Stelter refused to accept that Special Counsel Robert Mueller’s investigation found no collusion between the Trump campaign and Russia, or to accept there were major flaws with the dossier alleging collusion, in an interview with Hugh Hewitt on Monday.

Stelter was on Hewitt’s show to discuss his new book, Hoax: Donald Trump, Fox News, and the Dangerous Distortion of Truth, which heavily criticized Fox News’s coverage of the Mueller investigation.

Hewitt pressed Stelter on his criticism that Fox News downplayed the Mueller investigation and called it a “hoax,” and pointed out that there was actually was no collusion.

“We know the end of the Mueller report, right? There was no collusion, correct?” Hewitt asked Stelter.

Stelter demurred: “You know, I’m not going to play a game about a word that is irrelevant to the question at hand. There’s still a lot we don’t know about the President’s ties with Russia, period.”

HEWITT: But Brian, that kind of asks, that begs the question. Your criticism in Hoax, a lot of is based in the coverage of the Mueller investigation and how they downplayed it and called it a Hoax. It turns out there was no collusion, and it turns out we know this week, you couldn’t have known it during writing of Hoax, that the primary sub-source of the Steele dossier is probably a Russian agent, correct?

STELTER: I think there’s a fantasyland that Fox promotes about what you’re describing, about the Steele dossier and all of that that distracts from the key questions about Trump’s ties with Russia. We now know from the New York Times hundreds of millions of dollars of loans. Who does the President owe money to? We need to know. We deserve to know that, Hugh.

HEWITT: Brian, that’s a deflection. The primary sub-source of the dossier was revealed last week to be a Russian agent investigated by the Obama Department of Justice in 2009 and ’10. The dossier is discredited. There was no collusion. These are factual matters. That’s my problem with Hoax.

STELTER: I’m reflecting, I’m a media reporter, and I’m not a Steele dossier reporter. What I know is that when you use the word hoax over and over again the way the President has, it’s dangerous and poisonous, because it makes people think there’s nothing real and nothing true anymore. And that’s what I think the problem is.

HEWITT: Will you at least agree with me that the primary sub-source of the dossier has been revealed to be a Russian agent?

STELTER: I literally do not know, because I’m a media reporter.

Hewitt also pressed Stelter on another argument he made in his book, that Trump was never in any danger with the Mueller investigation, because he “had Hannity and the Fox base.”

He told Stelter: “Now Brian, that’s kind of silly, isn’t it, because he wasn’t f’ed, because the Special Counsel spent endless amounts of money and thousands of millions of dollars and prosecutorial time, and found no collusion. That’s why it wasn’t the end of his presidency, not because of Fox News.”

Stelter then indicated there was collusion and claimed that Mueller found “a lot of evidence.”

“The word collusion was never in the charging documents, so it’s an irrelevant conversation to talk about collusion. The Special Counsel found a lot of evidence,” he said,

When Hewitt pressed again on the flaws of the dossier, Stelter again deflected: “There are much bigger priorities in this country right now, frankly, than a four-year-old dossier.”

He added: “I understand that it’s part of the right-wing fantasyland, but it’s not the biggest story in the world.”

Hewitt tried to appeal to Stelter to at least hear the other side:

I spent six years in the Department of Justice, the White House Counsel’s Office, got confirmed by the Senate. The idea that a handful of FBI and other people perhaps in the intelligence community were trying to take down a president using an illegal attack upon his election is perhaps the most scandalous effort I’ve ever seen to undermine a president in the beginning of his presidency ever in American history. And you’re not interested in that?

Stelter suggested he was more interested in a Showtime series The Comey Rule: “I’m interested in the overall subject, but I’m also interested in, I mean, look, the Comey Rule is on Showtime last night and tomorrow. I haven’t watched it. I’m behind on a bunch of things. But that paints a very different picture than what you said, right? That paints a picture of an FBI terrified that the president was possibly compromised by Russia. And you don’t seem to have your door open to that possibility.”