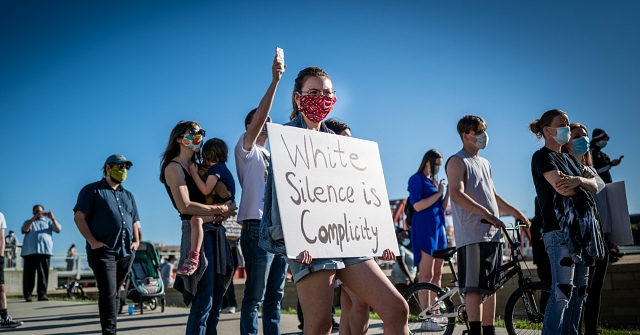 Wallace, moderating the first presidential debate on Tuesday night, made a number of inaccurate statements in his questions to both candidates on the topic of race.

One was the claim that President Trump is ending “racial sensitivity training.” That is simply not true.

Critical Race Theory is the idea that the major institutions of the United States are tainted by slavery and racism because they were founded when slavery was still legal in parts of the country. According to the late Derrick Bell, who founded Critical Race Theory, the very institution of private property is tainted by racism because of slavery. Even the Civil Rights movement was regrettable to some extent, Bell believed, because it created an illusion of racial equality. Only a massive redistribution of wealth, driven by the creation of socioeconomic rights, can cure American society of its systemic racism, the theory holds.

On a practical level, Critical Race Theory teaches that social interactions are guided by “white supremacy,” and that society is corrupted by “systemic racism,” according to which black Americans must always be victims — even if unconsciously so. Critical Race Theory is the ideology animating the Black Lives Matter movement that has brought unrest to America’s cities.

Christopher Rufo, a contributing editor for the Manhattan Institute’s City Journal, recently exposed the fact that some federal agencies were using Critical Race Theory in their diversity training. In response. President Trump ordered federal agencies to stop using the doctrine, and the Office of Management and Budget issued a memorandum ” directing all federal agencies “to begin to identify all contracts or other agency spending related to any training on “critical race theory,” “white privilege,” or any other training or propaganda effort that teaches or suggests either (1) that the United States is an inherently racist or evil country or (2) that any race or ethnicity is inherently racist or evil.”

Last week, President Trump announced the creation of a new “1776 Commission” to create a “patriotic” curriculum for students and push back against Critical Race Theory-inspired historical revisionism, such as the New York Times‘ recent Pulitzer Prize-winning (but factually challenged) “1619 Project.”

Trump’s new order expands the fight, banning private companies that have contracts with the federal government from using Critical Race Theory in their own diversity training. As Rufo notes, it could liberate many large corporations from a recent slew of attempts at indoctrination that have pushed radical left-wing books like White Fragilityto the top of bestseller lists.