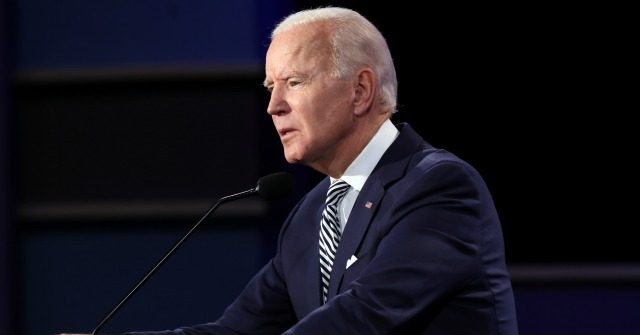 Biden began criticizing Trump on the issue of Russia and claimed that the president called slain American soldiers “suckers” and “losers,” reminding him that his son served in the military in Iraq.

“Are you talking about Hunter?” Trump interjected.

Trump reminded Biden that his son Hunter got “thrown out” of the military for using cocaine and made a “fortune” in foreign countries like Russia and China, specifically calling out a $3.5 million financial transaction from the ex-mayor of Moscow’s wife to Hunter Biden.

“My son, like a lot of people, had a drug problem. He’s overtaken it, he’s fixed it, he’s worked on it, and I’m proud of him. I’m proud of my son,” Biden continued.

Moderator Chris Wallace interrupted, noting that he wanted to move on to more important issues.

“When somebody gets 3.5 million dollars from the mayor of Moscow, I think that’s a terrible thing,” Trump replied.