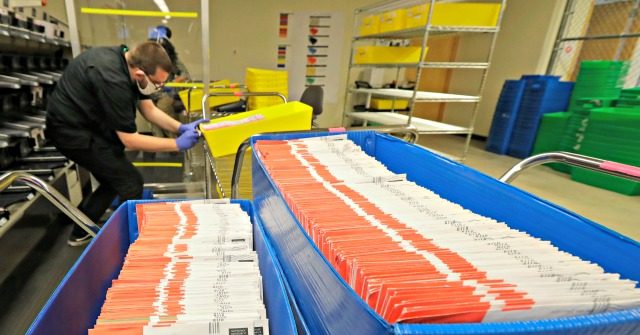 The New York City Board of Elections on Tuesday admitted that nearly 100,000 Brooklyn voters received absentee ballot return envelopes with the wrong address and names labeled on them.

Valerie Vazquez-Diaz, a spokesperson for the board, told CNN the issue affected 99,477 voters. She blamed a third-party vendor, Phoenix Graphics, which had been contracted to print and mail the ballots to voters in Brooklyn and Queens. CNN has reached out to the company for comment.

Michael Ryan, the election board’s executive director, said at a meeting on Tuesday afternoon that the city has ordered the vendor to remail new ballots “to make certain that absolutely no disenfranchisement occurs in the borough of Brooklyn.”

The development follows a New York Post report revealing that Queens voters received mail-in ballots marked for military use despite having not served in the armed forces.

“This apparent typo just has everyone confused and believing these are invalid ballots,” he added. “It’s absolutely outrageous that when everyone is watching them, they still screw up the most basic thing, which is printing the ballot correctly.”

“We knew the Democrats’ many last-minute changes to our election law would make our elections less secure, but no one could imagine voters receiving two ballots,” Virginia Republican Party chairman Rich Anderson said in a statement.