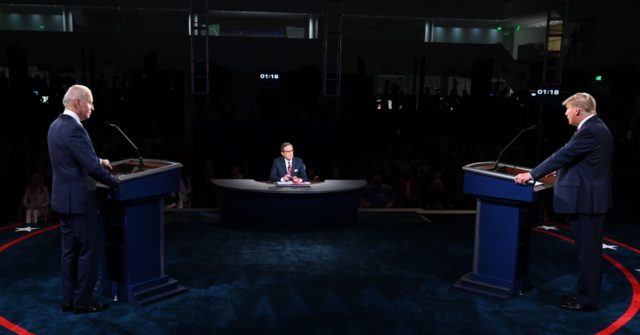 “Chris had a tough night,” Trump wrote on Twitter, sharing a New York Times article about Wallace’s performance. “Two on one was not surprising, but fun.”

Trump described Biden as not smart.

“Don’t ever use the word smart with me,” he said. “Nothing smart about you Joe.”

Trump also recalled Biden’s attempt during the debate to distance himself from ideas supported by the radical left.

“Many important points made, like throwing Bernie, AOC PLUS 3, and the rest, to the wolves!” Trump wrote. “Radical Left is dumping Sleepy Joe. Zero Democrat enthusiasm, WEAK Leadership!”

Nobody wants Sleepy Joe as a leader, including the Radical Left (which he lost last night!). He disrespected Bernie, effectively calling him a loser!

Trump also retweeted several criticisms of Wallace on Twitter and shared a photo of the matchup between him and the team of Wallace and Biden.