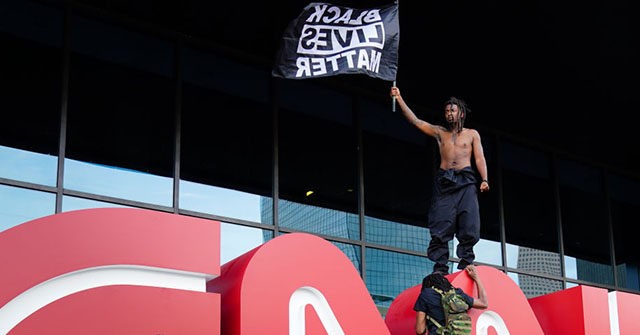 VERDICT: FALSE. He did so explicitly, and has done so before.

Anyone watching the debate who claims @realDonaldTrump refused to condemn white supremacists tonight is an outright liar. https://t.co/eS8mFtl30o

He then did so, specifically mentioning the Proud Boys, a right-wing group.

CNN later changed its headline — but not before spreading the fake news about what Trump had said.

As Breitbart News noted in a fact check Tuesday night, Trump has repeatedly condemned white supremacists — despite what Joe Biden has repeatedly claimed on the campaign trail, and what Wallace implied in his inflammatory question to Trump.

Wallace seemed poorly informed on the subject, as he was on every question he asked Trump on Tuesday involving race.
He repeated the Charlottesville “very fine people hoax,” and falsely claimed that President Trump had canceled racial sensitivity training (he only barred the use of Critical Race Theory and racial and gender discrimination within such training.)