NFL lineman D.J. Fluker has brought in extra security to keep both himself and his daughter safe from the child’s mother after she was arrested for kidnapping, TMZ Sports has learned.

We’re told the Baltimore Ravens lineman has been working with the team to coordinate security in the wake of the arrest — though it’s unclear if the Ravens are footing the bill or just providing guidance.

We’re told the team is being very understanding about the situation.

As we previously reported, Fluker’s ex, Kimberly Davis, was arrested on Sept. 22 after allegedly kidnapping their daughter during a supervised visit while Fluker was out of town to play the Houston Texans.

TMZ Sports has obtained a photo of the moment Davis was taken into custody. 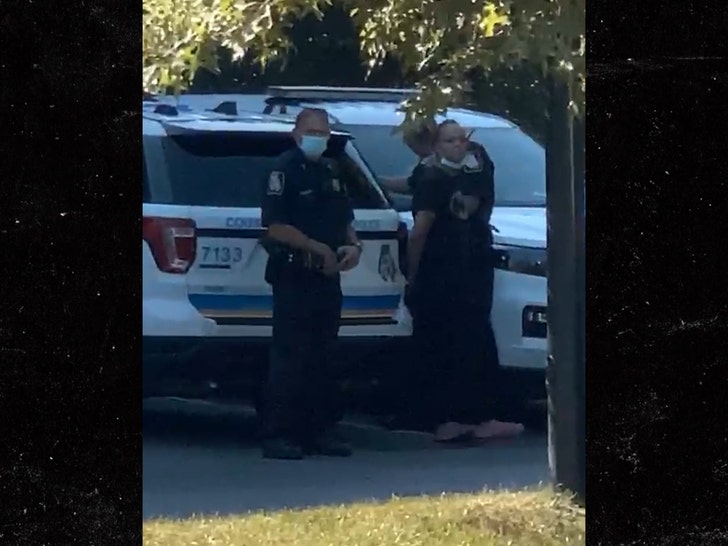 In his police report, Fluker says he has primary physical custody of the child — and did not give permission for Davis to take her.

Fluker has also said he fears for his daughter’s safety — and his own safety. He has previously accused Davis of physically assaulting him, claiming she punched him in the nose back in July.

Sources close to the situation tell us Fluker has tried to work with Davis — but feels she just won’t cooperate to amicably co-parent their child.

In other words, he WANTS to have a good relationship and make peace with Davis — but she’s making it very difficult.

In the meantime, we’re told Fluker has added extra security to be in place for future visitation with Davis and their daughter because he doesn’t want to cut her out of their lives completely.

Several people close to Fluker have told him to cut Davis off already but he’s not ready to make that move, believing it’s important for his daughter to have a relationship with her mom.