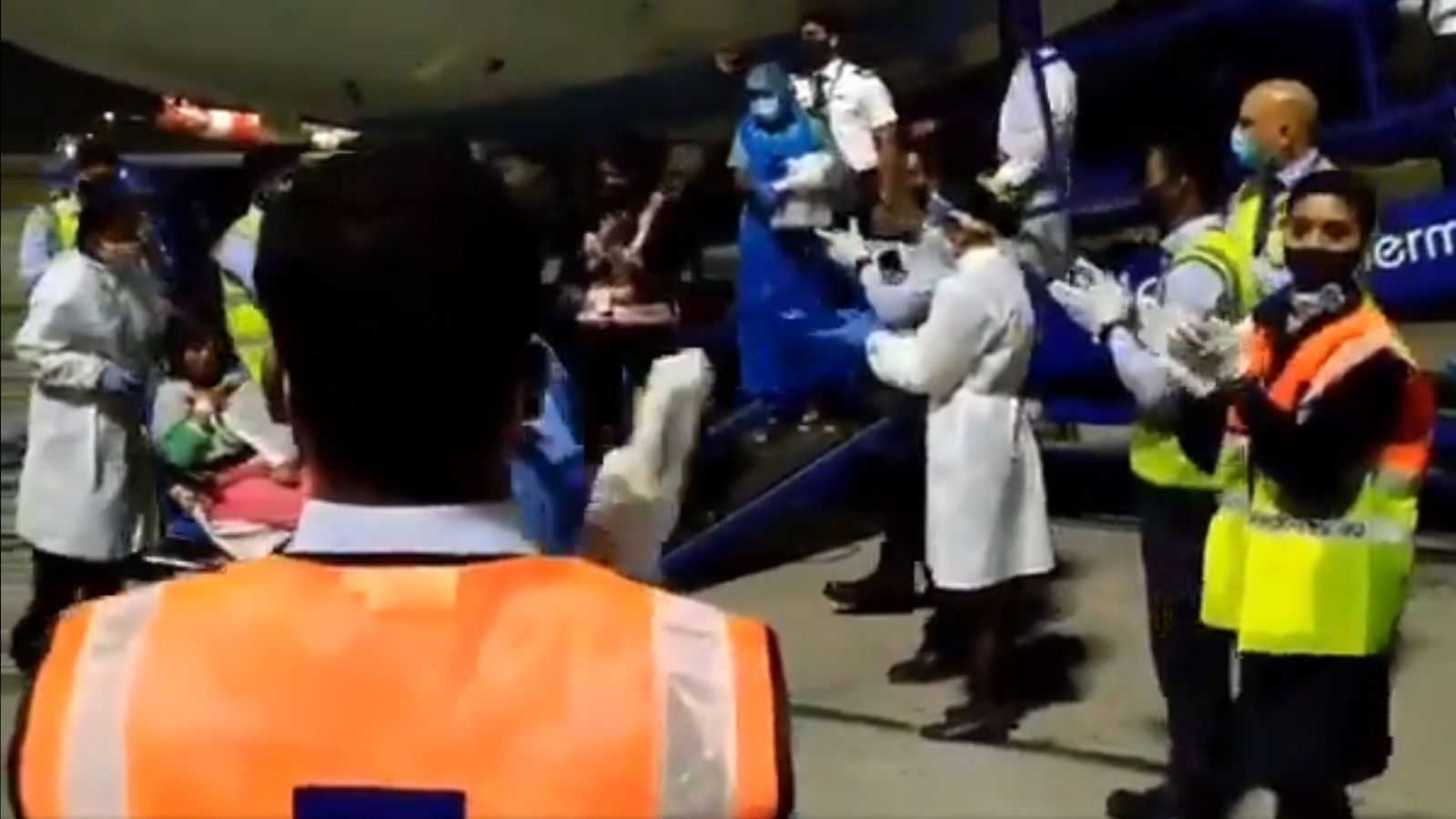 A passenger has given birth prematurely to a baby boy on a flight in India.

In a statement, the airline confirmed the new arrival was a baby boy.

Was on @indigo6E 122flight to BLR,woman gives birth to a baby boy mid-air,amazing team work of Indigo flight attdnts.Cabin crew is not just there to pour teacoffee in ur cups.Thy r well trained 2 handl any kind of situations on board wich includes child birth as well.@forever.6e pic.twitter.com/lcmfMZnc30

The crew were praised for their “amazing team work” and were assisted by a senior gynaecologist who was serendipitously on the flight.

“They setup a hospital in minutes and the new born cried mid-air. Dr Shailaja Vallabhani was fortunately on this flight!

According to a report by The News Minute, the woman was allowed to fly because she was not 32 weeks into her pregnancy.

Pictures of the newborn, which are circulating on social media, show crew members in coronavirus PPE holding the tiny baby.

It is not the first time a baby has been born on a flight.

A baby who was born on a flight in Alaska in August this year was named Sky by his mother.

And last month, EgyptAir flight MS777 from Cairo to London had to do an emergency landing when a passenger realised she was going into labour.

Despite the pilot diverting the service to Germany so she could reach a hospital in time, a baby girl was delivered before the plane could land with the help of a doctor who happened to be on board.