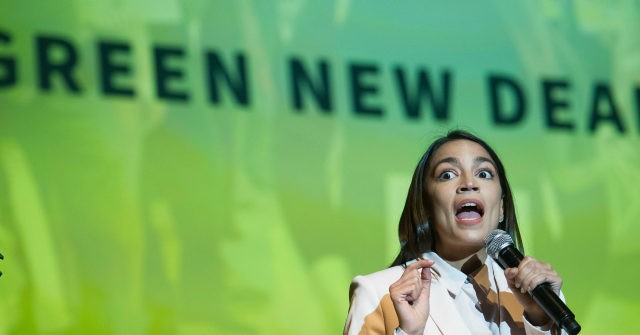 “She’s got a great line of bullshit, that’s about it,” Trump said at a campaign rally in Macon, Georgia. “She knows nothing about the environment.”

“This is the craziest thing, done by AOC plus three,” he said, mocking the group of freshman Democrat members of congress that rallied to Ocasio-Cortez with far-left ideas.

“These are not great academics,” Trump said.

He noted that Ocasio-Cortez’s supporter Rep. Ilhan Omar “hates our country,” which prompted some reporters to shout out that she should leave the United States.

“No, please don’t tell her to leave,” he said. “That happened once before it got me in a lot of trouble … but she doesn’t like our country, you see what she says.”