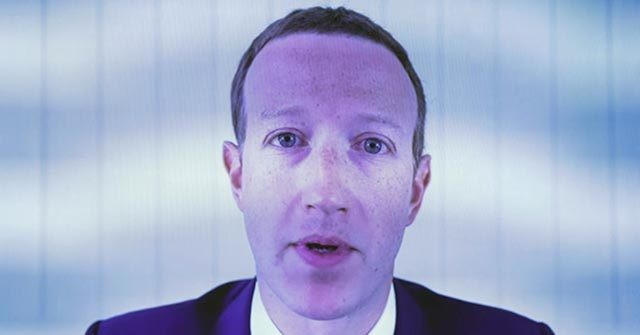 Following Facebook and Twitter’s decision to censor a recent bombshell article from the New York Post about Democratic Presidential candidate Joe Biden and his son Hunter, Facebook has remained mostly silent about the issue as Twitter has dominated the headlines with its link blocking, suspension of prominent media & politicians, and policy changes.

Breitbart News recently reported on the New York Post’s bombshell story that indicated that Joe Biden may have met with an adviser to the board of Burisma while he was Vice President, arranged by his son Hunter, who was working as a lobbyist for the company at the time. Joe Biden has previously said, “I have never spoken to my son about his overseas business dealings.”

But, the leaked emails allegedly show that Hunter introduced his father to a Bursima executive less than a year before Biden, acting as Vice President, pressured the Ukrainian government into firing a prosecutor who was investigating the company. Shortly after the story broke, many found themselves having trouble sharing it across social media. This censorship comes just weeks after executives from both Facebook and Twitter joined the Biden transition team.

Facebook and Twitter immediately went to work censoring the story across their platforms, in a tweet Andy Stone, who works for communications at Facebook and is a former Democrat staffer, stated that Facebook would be reducting the story’s distribution until third-party fact-checkers had verified the report, a level of scrutiny not often applied to news stories on Facebook:

While I will intentionally not link to the New York Post, I want be clear that this story is eligible to be fact checked by Facebook’s third-party fact checking partners. In the meantime, we are reducing its distribution on our platform.

Since then, Facebook has remained mostly silent on the issue aside from Stone’s tweet. In comparison, Twitter has announced changes to its policies relating to the distribution of “hacked materials.” Twitter CEO Jack Dorsey stated: “Straight blocking of URLs was wrong, and we updated our policy and enforcement to fix. Our goal is to attempt to add context, and now we have capabilities to do that.”

The Poynter Institute’s International Fact-Checking Network Associate Director Cristina Tardáguila has published a column in which she states that anyone that doesn’t believe that social media giants censoring news is dangerous is simply “naive.”

It appears, according to the column, that even Facebook’s fact-checkers were surprised by Facebook’s ability to suppress content across its platform, with Tardáguila stating: “Professional fact-checkers should be transparent about their methodology, their sources and their organization’s financing. They should also have a public corrections policy and practice non-partisanship. When Facebook publicly acknowledged that it also reduces the distribution of potential disinformation using other methods, the company surprised not only its users, but also the IFCN community.”

Breitbart News has reported as far back as 2018 that sites such as Facebook have the power to suppress content it didn’t want to gain engagement. In August of 2018, Breitbart News reported that PragerU saw a 99.9999 percent drop in its engagement due to a Facebook “employee error.”

In August of 2020, Facebook announced plans to pilot a program that would monitor viral posts that gain millions of views to ensure that they don’t violate community standards, part of this program includes a “Virality circuit breaker” which can suppress the reach of viral stories that break Facebook’s rules.

Breitbart News has reached out to Facebook for further clarification on their rules and censorship of the New York Post’s bombshell Biden reports.