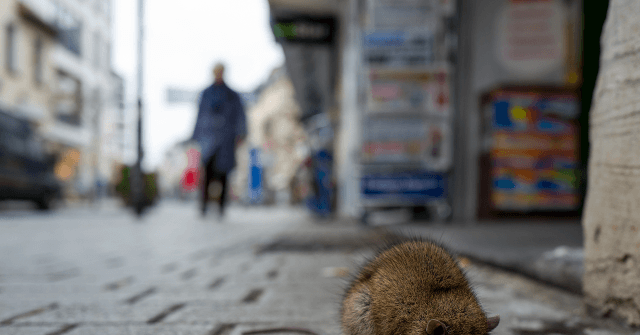 The City of Chicago has been dubbed America’s “rattiest city” for the sixth consecutive year by pest control company Orkin.

The 119-year-old pest control company rated America’s biggest cities based on the number of rodent treatments performed by its nation-wide army of pest control employees.

“As reported in the spring, the pandemic-driven closure of restaurants forced rodents to find new food sources. Without food waste to consume, these pests were seen scavenging new areas and exhibiting unusual or aggressive behavior,” Orkin noted in its press release.

The company warns that as the winter months set in, rodent activity will increase inside people’s homes and places of work as the vermin seek the indoors’ warmth and safety. Orkin adds that coronavirus lockdowns may make matters worse for homeowners as they spend more time at home. Homeowners should take greater care not to leave food scraps around and to “pay extra attention to the attractants that entice rats and mice.”

“Rodents are experts at sniffing out food and shelter, and they’re resilient in their ways to obtain both,” Ben Hottel, an Orkin entomologist, said in the company’s statement. “Residential properties offer the ideal habitat for rodents, and once they’ve settled in, they’re capable of reproducing rapidly and in large quantities.”

The company also noted that rats cause structural damage with their chewing of wooden beams and their burrowing below structural foundations. Worse, they carry harmful pathogens and diseases that can infect humans and pets.

Orkin also offered a series of tips on preventing rat infestations, including throwing away food scraps, keeping floors swept, making sure garbage is not left to gather, and saying foodstuffs should be kept in sealed glass metal containers. Outdoors, the company suggests keeping lawns trimmed and to keep weed patches eliminated.

Finally, homeowners were advised to keep an eye out for infestation including droppings, and things that seem to have been chewed.