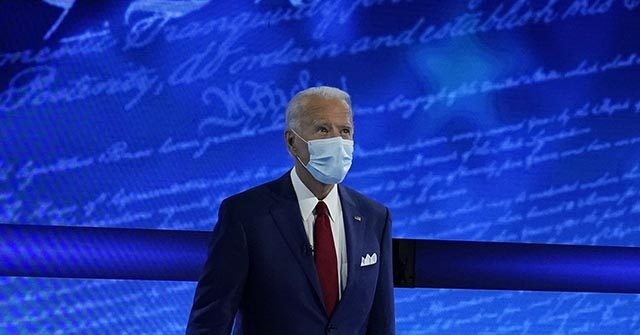 Former Vice President Joe Biden said Thursday eight-year-old children should be allowed to decide if they are transgender, but, the Democrat presidential nominee has waded into an area that many pediatricians and researchers say is fraught with danger for young children and can lead to sterility.

Nevertheless, the transgender “revolution,” wrote Jane Robbins, attorney and researcher of the controversy over gender ideology, “is happening without any credible scientific evidence to support it.”

At the Public Discourse, Robbins observed it is scientific fact that biological sex is fixed:

The concept of changing one’s biological sex is, of course, nonsense, as sex is determined by unalterable chromosomes. An individual can change his hormone levels and undergo surgery to better imitate the opposite sex, but a male on the day of his conception will remain a male on the day of his death. … [T]he idea that there is a real personal trait called “gender” that challenges or invalidates the identity significance of biological sex is equally fallacious. But the absence of genuine evidence is simply ignored, and faux “evidence” is created to validate the mania.

The American College of Pediatricians reported that experts on both sides of the issue agree “80 percent to 95 percent” of children with a diagnosis of gender dysphoria “accepted their biological sex by late adolescence.”

“This worldview began to shift, however, as adult transgender activists increasingly promoted the ‘feminine essence’ narrative to secure social acceptance,” the pediatricians added.

Despite both the data affirming the high percentage of children who naturally grow out of gender confusion and the clear science of biology, the College observed “there are now 40 gender clinics across the United States that promote the use of pubertal suppression and cross-sex hormones in children.”

The pediatricians noted the claim of gender clinic activists that the administration of puberty blockers will allow the child with gender dysphoria time to experience life with another gender identity and without the interference of facial hair or developing breasts.

“The standards followed in these clinics are based on ‘expert opinion,’” they said, yet added:

There is not a single large, randomized, controlled study that documents the alleged benefits and potential harms to gender-dysphoric children from pubertal suppression and decades of cross-sex hormone use. Nor is there a single long-term, large, randomized, controlled study that compares the outcomes of various psychotherapeutic interventions for childhood GD with those of pubertal suppression followed by decades of toxic synthetic steroids. In today’s age of “evidence-based medicine,” this should give everyone pause.

The College noted that, perhaps of “greater concern,” when puberty blockers are administered at about 11 years of age and followed by cross-sex hormones, children will likely be faced with sterility.

Other long-term effects of puberty blockers on children who take them are unknown, yet these drugs are increasingly being administered to those diagnosed with gender dysphoria, a mental health condition.

According to the College, the combination of changing a child’s appearance to imitate another gender identity and the addition of puberty blockers generates “a single inevitable outcome (transgender identification) that requires lifelong use of toxic synthetic hormones, resulting in infertility.”

This outcome, the pediatricians concluded, “is neither fully reversible nor harmless.”

In September 2018, Dr. Susan Bradley, a child psychiatrist who founded the Toronto Gender Identity Clinic, told National Review she is “deeply concerned” that liberal medical associations such as the American Academy of Pediatrics (AAP) have produced “guidance” that “has gotten so far ahead of the current knowledge base about gender dysphoric children.”

We know from multiple studies that around 80 percent of gender dysphoric children will desist from their cross-sex identification in childhood to identify with their natal sex. Most of these will grow up to be gay or lesbian; a substantial minority have also been diagnosed with autism.

Yet the AAP guidance incorrectly dismisses these studies as flawed and outdated. There is no professional consensus on medical treatment of gender-dysphoric children and young adolescents.

Biden’s embrace of transgender ideology for young children does not appear sound politically either.

Americans are rejecting his promotion of gender identity policies that would allow young children access to transgender medical treatments such as hormone drugs and surgeries.

A poll released in September, conducted by SPRY Strategies and sponsored by the Women’s Liberation Front (WoLF), found 74 percent of likely California voters oppose policies that allow children who claim to be transgender to receive hormone and surgical treatments that could render them sterile.

“The policies being pushed by gender extremists cut against the majority opinions of likely voters,” WoLF board chair Natasha Chart said. “They should stop trying to win this debate by falsely describing themselves as representing the popular will.”

According to that poll, 79 percent of Michigan voters opposed allowing children under the age of 18 who claim to identify as transgender to undergo sex-change surgeries or hormone treatments.

In addition, 78 percent of Michigan voters opposed allowing biological males who claim to identify as transgender to compete in women’s sports.

“Biden and his fellow Democrats have pledged to use the power of the federal government to destroy women’s sports and push young children into highly experimental and dangerous sex-change procedures,” he said. “These are positions which the vast majority of American voters disagree with. And yet Democrats are rarely called out on it, getting a free pass from the media and even Republicans.”