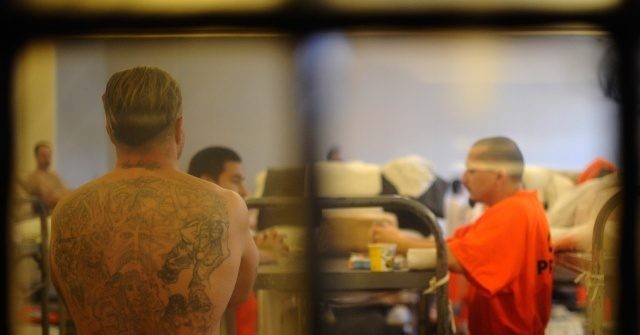 About 94 percent of foreign nationals incarcerated in federal prisons across the United States are illegal aliens who either crossed international borders illegally or overstayed their visas, the Department of Justice (DOJ) reveals.

An annual DOJ report finds that for Fiscal Year 2019, 94 percent of foreign nationals in the custody of the Bureau of Prisons (BOP) and the U.S. Marshals Service (USMS) were illegal aliens, while 70 percent in BOP custody and 39 percent in USMS custody were convicted for crimes unrelated to their immigration violations.

About 3.5 percent of foreign nationals in federal prison were legal immigrants being either adjudicated or shielded from deportation.

The average cost to American taxpayers to house foreign national convicts in just USMS facilities, not including BOP facilities, last year was $88.19 per prisoner every day.

“Because of the greater number of prisoners received into USMS custody … total detention housing costs increased by approximately 1.9 percent … from $159 million to $162 million,” the DOJ report states.

The DOJ report also detailed various cases such as one involving 30-year-old Colombian national Fredis Valencia Palacios. In 2016, he and c0-conspirators organized a human trafficking scheme where they arranged to smuggle illegal aliens into the U.S.

Palacios was convicted in December 2018 and sentenced to 180 months in federal prison for his role in the smuggling scheme.

Every year, the U.S. admits about 1.2 million legal immigrants on green cards to permanently resettle in the country — 70 percent of which arrive as chain migrants. In addition, 1.4 million foreign workers are admitted every year to take American jobs. These totals do not include the hundreds of thousands of illegal aliens who arrive annually, the majority of which are never deported.