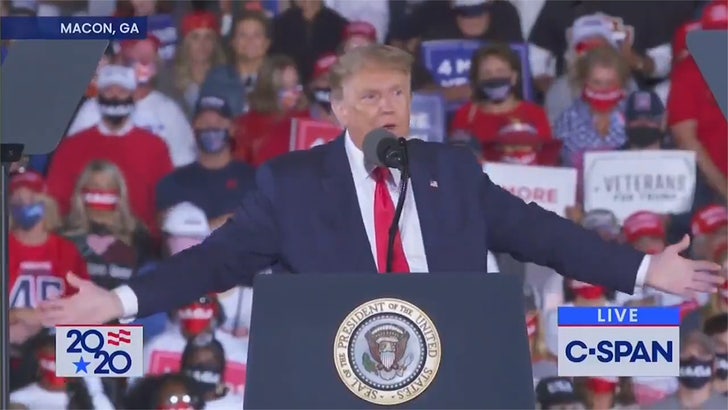 President Trump and Tommy Lee now have something in common … they’ve both said goodbye to America if their candidate loses the presidential election.

Trump told the crowd in Macon, Georgia Friday … he’s running against the man he calls the worst candidate in the history of politics.

As the President mocked Joe Biden‘s penchant for requiring social distancing and masks at his campaign event, Trump seemed to be saying he couldn’t bear the humiliation of losing to Biden … and then he suggested he might just bail on the U.S.A. if he loses the election.

The crowd — most of whom did not wear masks and forget social distancing — loved it.