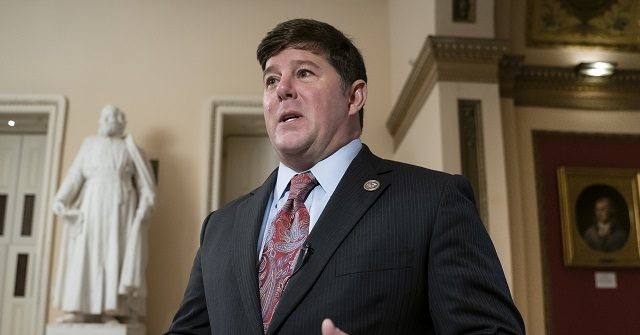 Representative Steven Palazzo (R-MS) does not think it is time to count out Republicans just yet in next month’s bid for the White House and the House of Representatives.

During an interview with Mobile, AL radio’s FM Talk 106.5, Palazzo described a “silent storm brewing” due to the Democratic Party’s drift left, which is showcased by its candidates, including Sen. Kamala Harris (D-CA), the Democratic vice-presidential nominee.

According to the Mississippi Republican lawmaker, Harris was “a thousand times worse” than former President Barack Obama could have been regarding radical positions. For that reason, Palazzo urged listeners not to count out the GOP.

“I think there’s a silent storm brewing of disenfranchisement with the Democratic Party and how they have mismanaged,” he said. “You know, the fact that Nancy Pelosi has just embraced the radical left — the mantra of dismantle, destroy and defund is just awful. These Democrats may not go vote for Biden and the radical left because they’re afraid of Kamala Harris. People are starting to see through. Joe [Biden] is not in great health, Joe — mental or physical, and so look to who is going to replace Joe: Kamala Harris, a thousand times worse than Obama could have ever been. She is the face of the radical left — the destroy, the dismantle, the defund movement. I think Democrats, you know moderate Democrats and independents that may have gone away from Trump are really coming back. ”

“Either they’re not going to vote for the Biden-Harris ticket,” Palazzo continued. “They might not vote for Trump, but at least they’re not going to vote for Biden-Harris. The better Trump does, the better we’re all going to do — especially in these districts where Democrats that won congressional seats, Trump won the congressional district. A lot of people are going to be reevaluating how they cast their vote. I think the Republicans are going to do well, especially in the House. The polls might not be showing it, but the polls are showing the President winning either. People are keeping it close to the vest. Don’t let the signs fool you. People might not put up a Trump sign in their front yard because they don’t want their home vandalized. It just depends on the state, the neighborhood they live in.