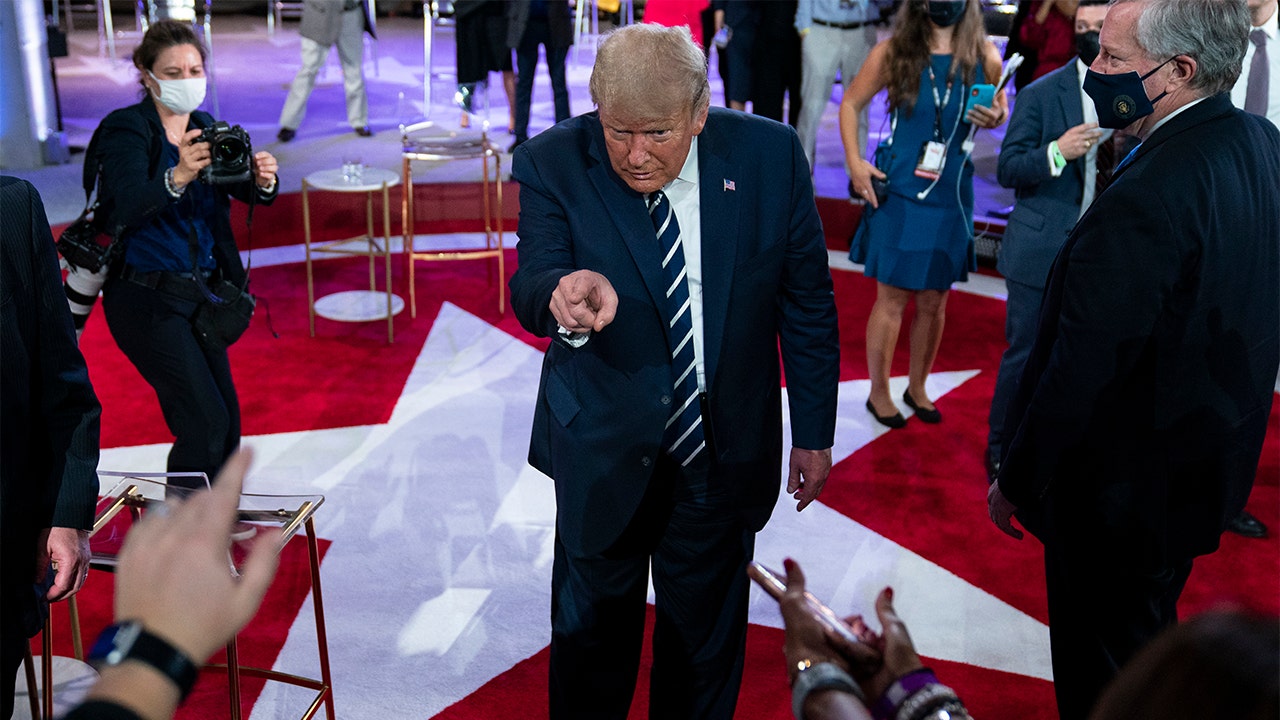 The New York Times editorial board has called President Trump the “greatest threat to American democracy since World War II.”

In an editorial and a series of essays published in the Sunday Review, the newspaper urges Americans to channel their “sense of outrage” at the ballot box and vote Trump out.

“The enormity and variety of Mr. Trump’s misdeeds can feel overwhelming. Repetition has dulled the sense of outrage, and the accumulation of new outrages leaves little time to dwell on the particulars. This is the moment when Americans must recover that sense of outrage,” the editorial board says.

The paper’s impassioned case against Trump is sure to add fuel to an ongoing debate about perceived mainstream media bias against the Republican president.

The White House did not immediately respond to Fox News’ request for comment.

This week, Trump lambasted Twitter for stopping users from circulating an article about Democratic opponent Joe Biden’s son Hunter Biden. The article from the New York Post contained hacked material from a hard drive allegedly belonging to Hunter Biden, including an email purportedly from an adviser with a Ukrainian energy company thanking him for setting up a meeting with his father in Washington.

Biden’s campaign denied the meeting ever took place. Other media outlets have been unable to confirm the report.

The block on posting the article only bolstered Trump’s theories that big tech companies are censoring conservative voices.

Trump has attacked the Times in the past, calling it a “failing” newspaper that regularly prints “fake news” about him.

The editorial package — “End Our National Crisis: The Case Against Donald Trump” — also includes accounts from former Trump administration officials. It features a synopsis (“The Verdict”) of the editorial along with five essays that make the case against the president, with such headlines as “His Incompetent Statesmanship,” written by Serge Schmemann, and “His Demagogy” by Jesse Wegman.

“Mr. Trump stands without any real rivals as the worst American president in modern history,” the editorial says.

“He is a racist demagogue presiding over an increasingly diverse country; an isolationist in an interconnected world; a showman forever boasting about things he has never done, and promising to do things he never will,” the authors argue. “He has shown no aptitude for building, but he has managed to do a great deal of damage. He is just the man for knocking things down.”

The editorial board laid out a litany of criticisms of Trump and his administration, including his handling of the coronavirus pandemic and his response to white supremacists, pointing to statements he made during the first presidential debate when he told the right-wing group Proud Boys to “stand back and stand by.”

“Under his leadership, the nation has grown more polarized, more paranoid and meaner,” the editorial says. “Nov. 3 can be a turning point. This is an election about the country’s future, and what path its citizens wish to choose.”