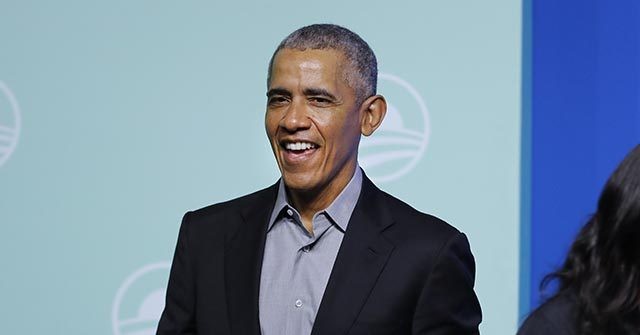 Former President Barack Obama is expected to hit the physical campaign trail for Joe Biden (D) next week, according to the campaign.

Obama is expected to help Biden and Sen. Kamala Harris (D-CA) in their final push as Election Day swiftly approaches, delivering a speech in Philadelphia, Pennsylvania, on Wednesday, October 21. His scheduled appearance in the battleground state follows recent polls showing President Trump and Biden neck and neck in the Keystone State.

The former president was one of the last high-profile Democrats to formally back Biden. Only after Biden remained as the last man standing in the Democrat primary race did Obama offer his endorsement.

“Our country’s future hangs on this election. And it won’t be easy. The other side has a massive war chest. The other side has a propaganda network with little regard for the truth,” he said in his endorsement, which did not come until April — after Sen. Bernie Sanders (I-VT) formally dropped out of the race.

“On the other hand, pandemics have a way of cutting through a lot of noise and spin to remind us of what is real, and what is important. This crisis has reminded us that government matters,” he added.

Since then, both Barack and Michelle Obama have been more active and outspoken throughout the presidential race. Earlier this month, Michelle offered a closing argument on behalf of Biden, telling viewers that “our country is in chaos because of a president who isn’t up to the job” and whose allies are “stoking fears about Black and Brown Americans.” She has also teamed up with celebrities to push voting by mail:

Last month, the former president said the election is about “whether or not our democracy endures”:

Your vote has never mattered more than it does right now.

Today is National Voter Registration Day. Go to https://t.co/XdZz4dh82T to register and make a plan to vote. And make sure everybody you know does, too. pic.twitter.com/ItarX1d4zw