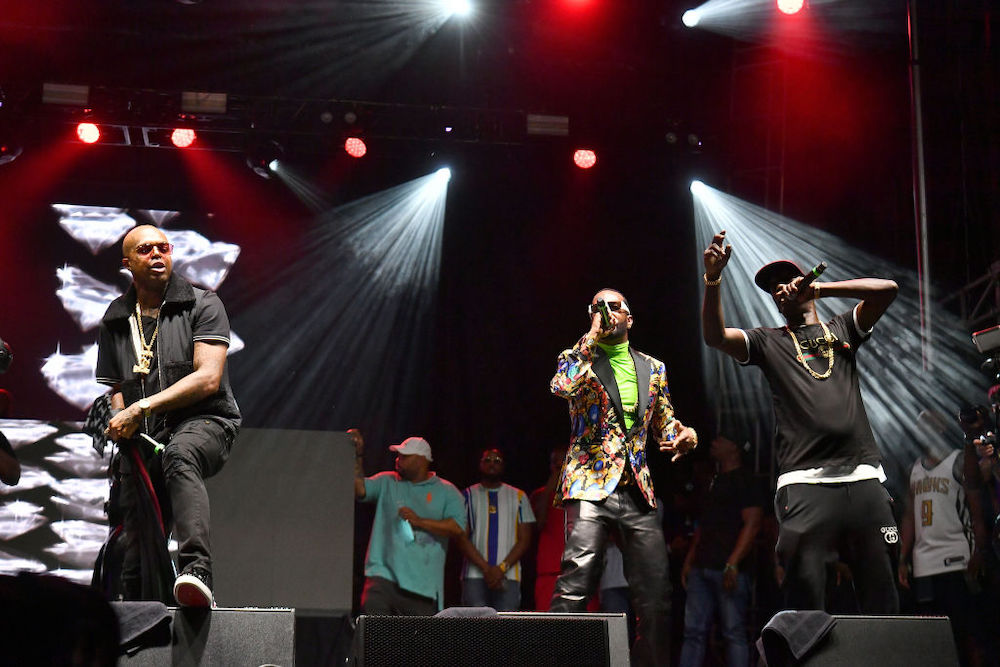 The United States is seven months into the COVID-19 pandemic, and despite numbers spiking for a third time, Three 6 Mafia just announced the country’s first indoor arena concert since the pandemic hit.

The show is set to take place December 11 at Rupp Arena in Lexington, KY, and safety protocols will be in place. According to the rap group, which currently consists of Juicy J and DJ Paul, masks will be required and tickets will be sold in pods of four people or less to ensure social distancing. Kentucky Sports Radio added that the venue will be limited to 15% capacity — 3,152 patrons and event staff — and concert goers will be subject to temperature checks upon entry.

Project Pat is slated to be a special guest. The show will be hosted by Sean Da Don, and Gem and Real Gates are also set to perform.

Tickets are on sale now. See Three 6 Mafia’s announcement below.

Over the summer, DaBaby played a 4th of July show in a Georgia club that was billed as socially distance; however, footage proved otherwise. Earlier this week, the Flaming Lips performed an indoor concert in their hometown of Oklahoma City where band and audience members rocked out in plastic bubbles.