At the same time, the state reported 2,300 new COVID-19 cases Friday — 50% higher than the record number of infections reported last Saturday, according to the Star Tribune. 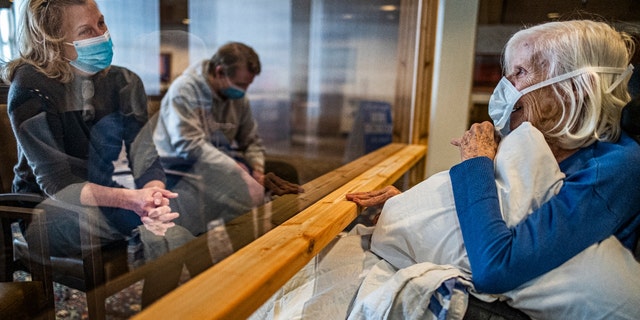 “The acceleration in cases and community spread is a reminder that it only takes one contagious person to lead to an outbreak,” Minnesota Health Commissioner Jan Malcolm said in a Thursday statement. “These trends are most troublesome in greater Minnesota right now, as we see smaller, everyday gatherings and activities leading to infections in long-term care facilities, schools, sports teams, businesses, and more.”

EVERYTHING YOU NEED TO KNOW ABOUT MAIL-IN VOTING IN 2020

Malcolm continued: “Testing is one of the critical ways we can take action, to find out if we’re positive and isolate and quarantine when necessary, to fight the spread of this virus.”

Minnesota has reported more than 1,000 cases in 12 out of the past 16 days, and 91 deaths have been reported over the past week, the Star Tribune reported.

RETURN TO SENDER: DC VOTERS ARE BEING SENT MAIL-IN BALLOTS FOR EX-RESIDENTS

More than 1.65 million people have requested absentee ballots in Minnesota. In Hennepin County, more than 77% of ballots have been cast by mail so far, according to the outlet. But some Minnesotans are opting to vote in-person despite chilly weather and long lines, and health concerns due to the coronavirus spike.

Others like Zeke Polken, 22, are choosing to hand-deliver their absentee ballots to special ballot boxes.

“I wanted to make sure that I could actively put it in somewhere,” he told the newspaper. “Get it all settled, fill it out and then just drop it in and say, ‘I did that.'”

Merrie Zakaras, elections judge at a voting center at the Ramsey County Library in Roseville, said the center is averaging 340 voters per day, the Star Tribune reported.

The Minnesota Department of Health said voting in-person is comparable to going to the grocery store and that voters should consider alternative options such as absentee voting and mail-in dropoff locations to reduce the spread of COVID-19. The department suggests trying to avoid large crowds, wearing a mask, voting at off-peak times, social distancing and using hand sanitizer, among other safety measures.

A federal judge this week extended Minnesota’s deadline to accept and count ballots postmarked by Nov. 3 to seven days after Election Day.