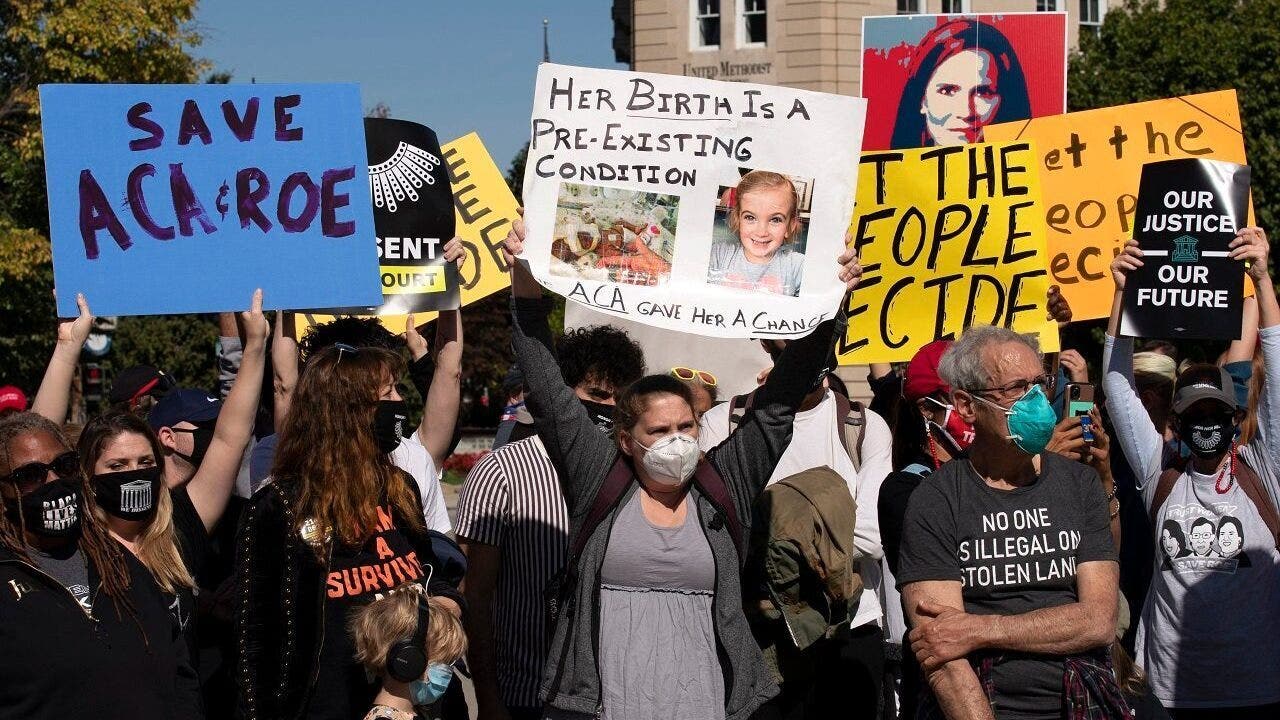 Women’s rallies against President Trump and his Supreme Court nominee Judge Amy Coney Barrett swept through cities including Los Angeles, Washington and New York on Saturday, despite ongoing bans of some large gatherings in many.

In New York, the marches came shortly after Gov. Andrew Cuomo shut down schools and businesses and banned mass gatherings in seven zip codes of Queens and Brooklyn. The lockdowns mostly affected Orthodox Jewish neighborhoods, prompting many in the community to protest their synagogues being closed during holidays.

Cuomo’s office could not be reached for comment to see if they had approved the gatherings despite the lockdown. It was unclear whether demonstrators marched through the COVID-19 “cluster” neighborhoods.

In New York, protesters prominently gathered in Washington Square Park in Manhattan chanting slogans like, “Vote him out.” Late Justice Ruth Bader Ginsburg was widely commemorated at the marches, with signs such as one that read, “Vote, and tell ‘em Ruth sent you!”

Meanwhile, Cuomo foiled plans for a 10,000 person wedding in Williamsburg scheduled for Monday. On Friday, the New York Sheriff’s Office ordered the cancelation of the event.

“Look, you can get married. You just can’t have 10,000 people at your wedding,’ said Cuomo. ‘You get the same result at the end of the day.”

In Los Angeles, protesters dressed up as characters from The Handmaid’s Tale– a book of a  dystopian future some liberal activists assure will become reality if Barrett is confirmed to the court.

One held a sign reading, “The system cannot be reformed– it must be thrown out!”

Another sign read: “You can be an anti-choice feminist. Just like you can be a Jewish Nazi.”

Meanwhile, thousands stormed the streets of Washington, D.C. in protest. NPR reported the Washington march was permitted to have up to 10,000 attendees.

At one point, they came face to face with anti-abortion demonstrators, chanting “my body, my choice” as the pro-life demonstrators held photos of newborns.

At another point, a pro-Barrett group was gathered listening to a speech and protesters chanted “RBG” to drown out the speaker.