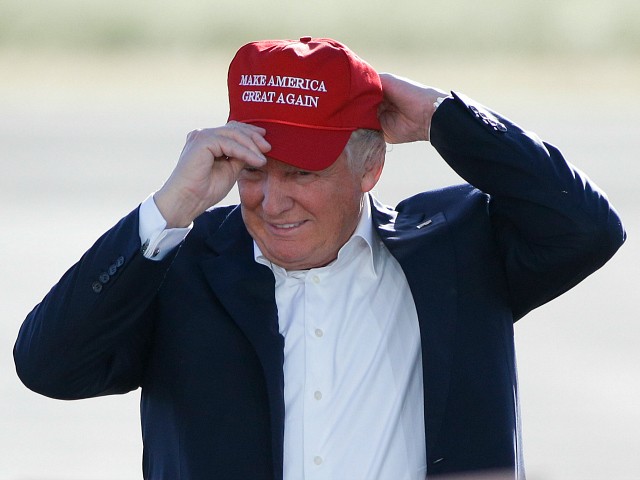 A massive barge displayed an impressive tribute to first responders during a MAGA boat parade in Florida on Saturday.

News cameras captured the vessel with seven emergency vehicles, including fire trucks and vintage police cars, positioned across the deck:

In the Trump Boat Parade, there was a large barge with seven emergency vehicles representing first responders who support @realDonaldTrump. @WPTV @FOX29WFLX pic.twitter.com/8VmFuKPgYB

WPTV reporter T.A. Walker said the parade began at the Jupiter Inlet and made its way south to Mar-a-Lago in Palm Beach.

On the opposite side of the country, Trump supporters rallied in Sacramento, California:

The day included a flyover by a vintage warbird:

Other videos showed hundreds of boats and dozens of supporters on the bridge above:

At the boat Trump Rally in Sacramento. #Latinos4Trump @realDonaldTrump pic.twitter.com/vjIhWMYVrT

A recent poll in Florida found Trump leading Joe Biden 48.4 percent to 46.1 percent, according to the Trafalgar Group.

Have a Trump MAGA parade? Send links of videos and photos (posted on social media) to kolson@breitbart.com.