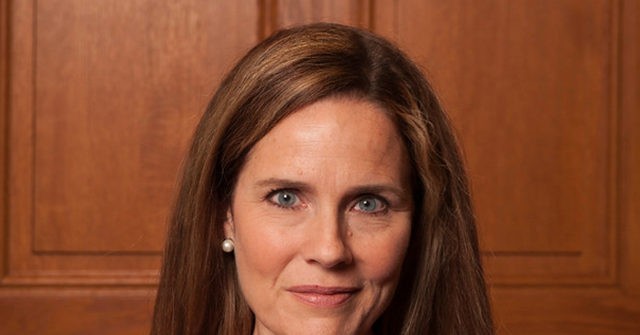 The following article is sponsored by the Judicial Crisis Network and authored by Teri Christoph.

Hidden behind all the partisan attacks against Judge Amy Coney Barrett is one simple question: is Judge Barrett qualified to sit on the Supreme Court? The answer is resoundingly yes, as Judge Barrett’s brilliant mind and extensive academic and judicial background were on full display during her just concluded confirmation hearing.

In explaining her judicial philosophy, Judge Barrett said, “I interpret the Constitution as a law, that I interpret its text as text, and I understand it to have the meaning that it had at the time people ratified it. So that meaning doesn’t change over time and it’s not up to me to update it or infuse my own policy views into it.”

Judge Barrett’s commitment to the rule of law, along with her legal track record, shows she is precisely the judge we need on the Supreme Court. Judges aren’t supposed to be super-legislators who impose their political preferences on the American people.
Instead, they should follow the law as written. Judge Barrett’s commitment to this approach follows in the footsteps of legal legends like her mentor, Justice Antonin Scalia.

Democrats want to avoid talking about Judge Barrett’s qualifications at all costs. In an outrageous act of political theatre, Sen. Mazie Hirono asked Judge Barrett if she had ever sexually harassed or assaulted anyone. Of course, there is no evidence of any misconduct by Judge Barrett, but Hirono would rather go fishing than discuss Judge Barrett’s stellar credentials.

Democrat Senators have also pursued subtler techniques to try and trip up Judge Barrett. Each of the ten Democrats on the Senate Judiciary Committee has attempted to elicit Judge Barrett’s personal opinions on a range of issues, including abortion and healthcare. Instead of digging into the nominee’s legal philosophy, these Senators treated her as candidate for political office, attempting to generate a political reaction to use as part of their fearmongering efforts.

Ranking committee member Sen. Dianne Feinstein (D-Calif.), who attacked Judge Barrett’s Christianity in 2017, asked a dishonest question about President Trump’s stance on election security. Sen Feinstein claims the president is engaging in massive acts of voter suppression, even though nothing could be further from the truth.

Judge Barrett shut down Feinstein’s false hypothetical by replying, “Well Senator, if that question ever came before me, I would need to hear arguments from the litigants, and read briefs, and consult with my law clerks, and talk to my colleagues, and go through the opinion writing process. So, if I give off the cuff answers, then I would be basically a legal pundit, and I don’t think we want judges to be legal pundits. I think we want judges to approach cases thoughtfully and with an open mind.”

Judge Barrett’s promise of careful analysis isn’t just talk; it is what she has done for three years while sitting on the United States Court of Appeals for the Seventh Circuit. Instead of trying to trick the judge or attack her family and faith, Democrats should analyze her legal record.

For example, in Kanter v. Barr, Judge Barrett dissented in a case where a majority of the court upheld a law stripping Rickey Kanter of his Second Amendment rights because he was convicted of mail fraud. Judge Barrett strongly disagreed with this decision, and her dissent is a deep dive into the historical context of the Second Amendment.

Taking away Kanter’s Second Amendment rights deprived him of his fundamental right to self-defense, and the state of Wisconsin couldn’t show Kanter’s mail fraud conviction made him a threat to public safety. Judge Barrett’s dissent is a powerfully written work of legal scholarship demonstrating she won’t be blown in the wind by politics but will analyze each case extensively and thoroughly.

Judge Barrett’s confirmation hearing proved she is qualified to sit on the Supreme Court. She decides cases based on where the law leads her, not on her political preferences or because of the shouting crowd. In these turbulent times, we need more judges like Amy Coney Barrett.