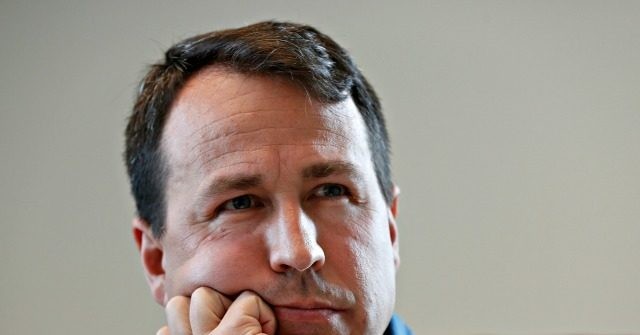 As North Carolina Senate Democrat candidate Cal Cunningham continues to dodge questions about his alleged affairs, the affairs have shaken up Cunningham’s bid in the final weeks of the pivotal Senate race.

While Cunningham has refused calls to answer his affair allegations, he appeared at a virtual event on health care on Monday. During the event, he claimed that North Carolinians’s health care is in jeopardy if Republicans win in November.

“The real Cal Cunningham is a hypocrite who disgraced his family, the Army, and the people of North Carolina,” Blanchat said.

The Tillis campaign released an ad on Monday. Veterans attack Cunningham for allegedly violating the Uniform Code of Military Justice (UCMF) for having an affair with another veterans’ wife.

The scandal has upended the pivotal North Carolina Senate race. Tillis’s reelection could help Republicans maintain their majority in the Senate.

An Emerson College poll released last week found that Cunningham leads Tillis by only one point or 45 to 44 percent. Cunningham’s RealClearPolitics polling average lead dropped from 6.6 points to 4.3 percent as Cunningham’s scandal continued to unfold.

Adam Meldrum of Ad Victory, whose company tracks online discussions of how Americans discuss elections, said that more voters are talking about the Supreme Court nomination of Judge Amy Coney Barrett than Cunningham’s affairs. However, he said that the discussion about Barrett’s confirmation would help Tillis in the final weeks of the election.

Meldrum said, “Cunningham really had a very neutral to positive sentiment about him not being a current elected official.”

“With the Supreme Court, you saw a dramatic benefit to Republican candidates when that time came up. It was something I think the base really got fired up about,” he added.