The rich and famous have been threatening to leave the U.S. since Trump’s election in 2016, which comedian Michael Loftus told “Fox & Friends Weekend” is a completely ego-driven statement.

Rock star and New Jersey-native Bruce Springsteen recently told The Daily Telegraph he’ll “see you on the next plane” if President Trump is reelected. And Motley Crue’s Tommy Lee told The Big Issue he’d go “back to my Motherland.”

But Loftus said there’s no way Springsteen, Lee, or any celebrities who have vowed to flee in the past would ever follow through with it. 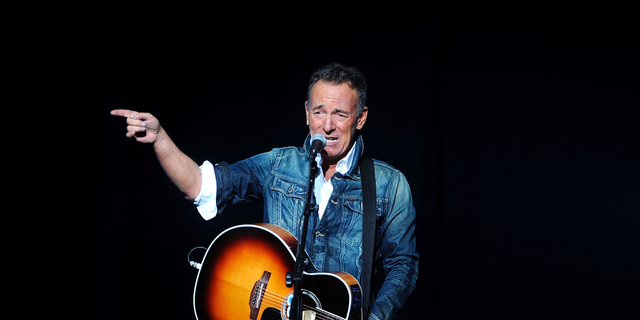 Bruce Springsteen performs at the 12th annual Stand Up For Heroes benefit concert at the Hulu Theater at Madison Square Garden in New York. Nov. 5, 2018. (Photo by Brad Barket/Invision/AP, File)

“We knew these celebrities were self-centered. We knew they were stupid. We just didn’t know how cowardly they were,” he said. “With Springsteen saying this, I guess it gives new meaning to ‘Born to Run.’”

Loftus joked that it’s a good thing celebrities didn’t act out like this during World War II, refusing to fight on Omaha Beach after claiming President Franklin D. Roosevelt is “not my president.”

“When celebrities declare they’re going to leave, we should have some new kind of candyman law,” he said. “Meaning, if you declare it three times, you have to leave. Don’t let the door hit ya where the good Lord split ya.”