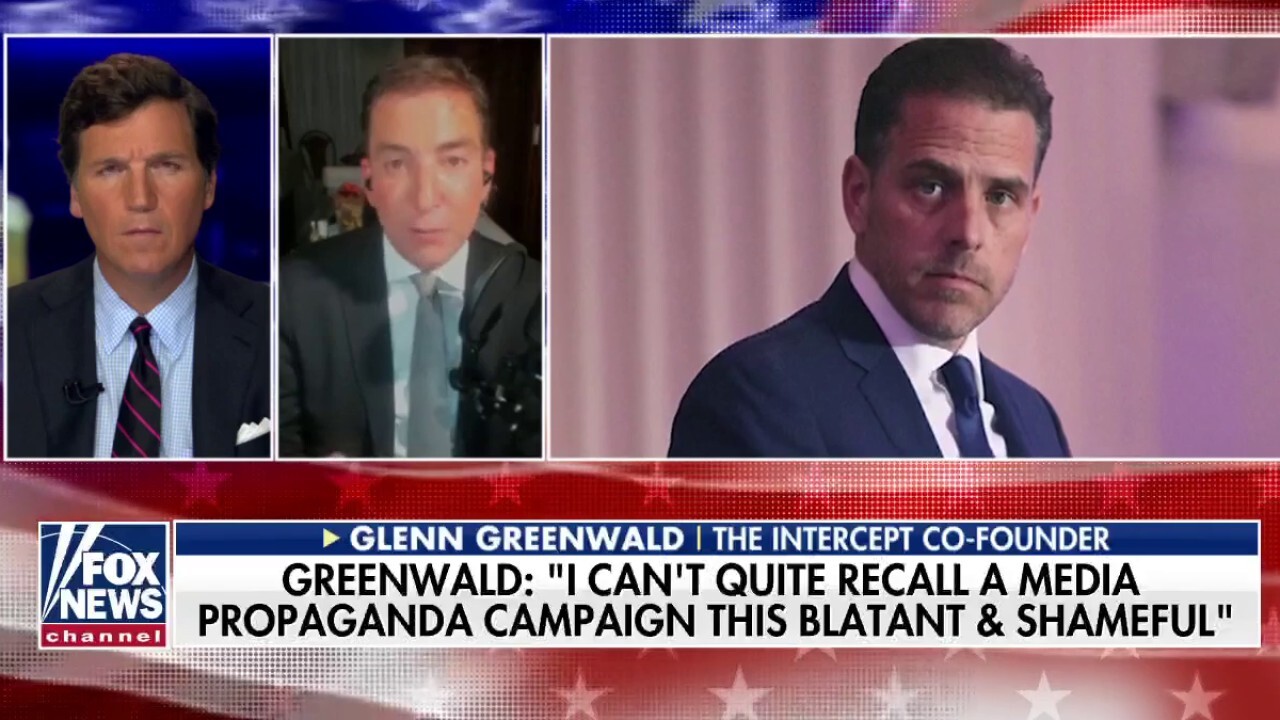 “I don’t think that the emails — so far — reveal a huge scandal,” Greenwald wrote on Twitter.

“They so far just establish standard sleaze and DC [sic] corruption. The huge scandal to me is the blatant rank-closing and cone of silence — a prohibition — erected *by journalists* around this story to defend Biden.”

Mainstream reporters have gone into overdrive to dismiss emails purportedly linking the 2020 Democratic nominee to his son’s interests, with some outlets simply ignoring the story and others doing their best to cast the information as dubious.

Greenwald challenged journalists “to say with a straight face they believe the emails relating to the Bidens are either fabricated or otherwise fraudulently altered,” underscoring the fact that “the Bidens just aren’t saying so. “

“There has to be some limits to your willingness to go to bat for them,” he wrote.

“When you report a huge archive, there’s no way to prove the negative that none of it is altered,” Greenwald explained. “You investigate & confirm as much as you can, then use your journalistic judgment. The only way you get confirmation is when the subjects of the reporting don’t deny the authenticity.”

“As a journalist publishing private communications & docs that are incriminating, you know the subjects of the reporting will immediately claim they’re fake *if the[y] are*,” he went on. “Of course they will: that would kill the reporting! There’s a reason the Bidens aren’t claiming they’re fake.”

During an appearance on “Tucker Carlson Tonight” Monday, Greenwald railed against House Intelligence Committee Chairman Adam Schiff, deeming him “the most pathological liar in all of American politics,” for suggesting the emails were part of an elaborate smear coming from the Kremlin.

Greenwald also accused the media of “allowing the CIA … to be manipulating our politics by taking cover for the Biden campaign by claiming anonymously that the Russians are behind the story … even if the Russians were behind the story, why does that alleviate the responsibility of journalists to evaluate the emails and examine whether or not Joe Biden engaged in misconduct?”

Instead, Greenwald claimed, journalists have banded together with a common goal to “defend Joe Biden … working with the FBI, CIA, and the NSA not to manipulate our adversaries or foreign governments, but to manipulate the American people for their own ends.

“It’s been going on for four straight years now,” he claimed, “and there’s no sign of it stopping anytime soon.”