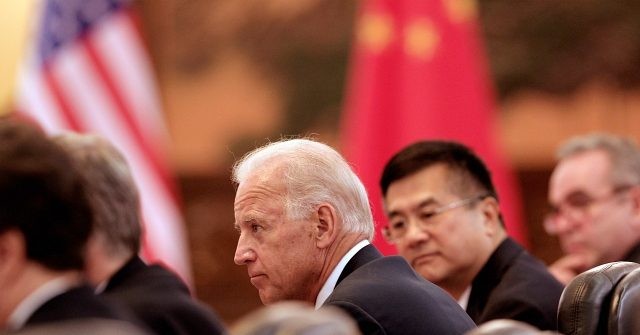 The co-chair of Joe Biden’s transition team hosted a select group of Chinese business and political elites at the Obama-era White House after prodding from Hunter Biden’s business associates.

In November 2011, Jeff Zients, then-deputy director of the Office of Management and Budget (OMB), hosted the Chinese Entrepreneur Club (CEC) for a special meeting at the White House. The CEC, founded in 2006 and often referred to as the “richest club” in the People’s Republic of China, counts among its members some of the richest and most influential personalities in Chinese society.

At the time, the meeting did not draw much attention. However, emails published this week by Peter Schweizer, a senior contributor at Breitbart News and president of the Government Accountability Institute, indicated just how important of a role Hunter Biden and his business associates, including Devon Archer, played in making the White House visit happen.

The emails showed that on November 5, 2011, a colleague of Archer’s reached out to suggest there was an opportunity to gain “outstanding new clients.” According to the email, copies of which were published exclusively by Breitbart News, the colleague told Archer that the CEC had been trying for some time to arrange meetings with high-ranking Obama administration officials when they visited Washington, DC, in mid-November.

“A tour of the White House and a meeting with a member of the chief of staff’s office and [then-Secretary of State] John Kerry would be great,” the colleague wrote.

Up to that point, the CEC had tried and failed to obtain access to the Obama administration.

“From the DC side as you will see below they [CEC] have written letters to several members of the administration and others and have so far not had a strong reaction,” the colleague wrote Archer.

Archer discussed the CEC’s request with two other associates, Gary Fears and Bevan Cooney. Fears, in particular, told Archer to follow-up on the request since the CEC delegation could be “perfect” for a fertilizer mining venture the trio was then pursuing.

Although it is unclear exactly what transpired after the emails reached Archer, only nine days later, on November 14, 2011, the CEC had secured its meeting at the Obama White House. Administration records indicate that a delegation of 30 CEC members received a tour of the White House and met with then-Commerce Secretary John Bryson.

The delegation also, according to its members, met privately with Hunter Biden’s father, then-Vice President Joe Biden. At the time, the vice president was playing a leading role in the Obama administration’s policy towards Beijing. Just that past May, Biden had taken part in talks between the U.S. and China on how to improve “strategic and economic” relations.

Exactly how Archer and his associates arranged the meeting for the CEC is unknown. Visitor logs, though, show that Zients, who was in charge of restructuring the administration’s trade agencies, was the official host for the CEC delegation. It is likely that any arrangement made by Hunter Biden or associates ran through him or the OMB.

After the meeting, Zients would go on to be promoted to acting director of OMB after his superior Jack Lew ascended to the position of White House Chief of Staff. In March 2014, Zients was appointed to lead the National Economic Council, a position he held until Obama left office in 2017.

Since leaving office, Zients appears to have kept in close contact with the Bidens. In September, Biden appointed him to co-chair the presidential transition task force, which will be responsible for staffing a potential Biden White House.

The former vice president’s campaign did not respond to requests for this story.