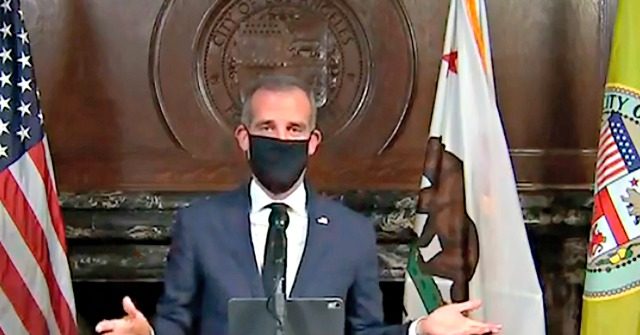 Yashar Ali, a contributor to New York magazine and HuffPost who is a ubiquitous presence on Twitter, alleged Monday evening that he was sexually harassed by Rick Jacobs, a key political advisor to Los Angeles Mayor Eric Garcetti.

In July, Los Angeles Police Department (LAPD) Officer Matthew Garza sued the city, claiming that Jacobs had sexually harassed him by touching him inappropriately and making offensive remarks — sometimes when Garcetti was present.

The city is fighting the lawsuit, and “Garcetti has publicly stood by Jacobs since the lawsuit was filed,” the Los Angeles Times reported.

In a series of tweets Ali accused Jacobs of harassing him — and accused Garcetti of failing to do anything about it:

1. Exclusive: Sources tell me that LA Mayor @ericgarcetti witnessed his top advisor Rick Jacobs sexually harass and assault people over the past six years. And not only did the Mayor not do anything to stop it, he’s kept Jacobs in his position. https://t.co/icvQYPOmzl

2. In July, The City of Los Angeles was sued by a member of Mayor Garcetti’s security detail who alleged that Rick Jacobs sexually harassed and assaulted him for years.

The allegations laid out in the lawsuit sounded familiar to me. https://t.co/icvQYPOmzl

3. The reason the allegations in the lawsuit sounded familiar to me was because Rick Jacobs used to forcibly kiss me when I worked in politics. After the lawsuit was filed in July and Jacobs denied the allegations I confronted him in a text message. https://t.co/icvQYPOmzl pic.twitter.com/MxItg8Zucq

4. I thought about tweeting about this in July, but first I checked in with a senior aide in Mayor @ericgarcetti‘s office to give them a heads up.

It’s been three months since I informed Garcetti’s admin of my allegations and Jacobs is still in power. https://t.co/icvQYPOmzl pic.twitter.com/1Vcc41ugh7

Ali added in an accompanying article:

I never want to put myself in the middle of a story, but in this case, I’ve been left with no choice. Several prominent news outlets have slow-walked this story. I also ethically can’t report out this news without revealing that I have been a victim of Jacobs’ misconduct as well.

In my previous career, I worked in Democratic politics and would often encounter Jacobs at fundraisers. I considered him a friend, and we had many acquaintances in common. Jacobs would often host dinners at his home, where he would gather prominent power players in Los Angeles politics, culture and entertainment. I attended at least a half dozen of these dinners over the years.

The incidents where Jacobs would forcibly kiss me always happened in front of others and at political and social functions. Jacobs would grab my face and kiss me on the lips—always twice—and he would turn to other people who witnessed it and say, “He has the softest lips.” Jacobs would also hug me in the same way Garza described in his complaint. A source described it to me as a “power hug,” but Jacobs’ hugs were more than hugs. I remember commenting to him once that he was hugging me so hard I felt like my teeth were going to break. (And besides, no one should be hugged without their consent.)

I never initiated or acted receptive to what Jacobs was doing, though I never told him to stop. Jacobs and I were never in a workplace environment, either. But forcibly kissing someone on the lips isn’t normal interaction between friends and unquestionably requires consent. (It is also considered assault under California’s penal code.) Over the years, I moved on and didn’t give those interactions much thought. After the #MeToo movement was reignited and I interviewed many women and some men about their experiences with sexual assault, harassment and rape, I thought about Jacobs and what he had done to me, and I shared my frustration with friends about how I had responded to his assaults.

Ali noted that Garcetti was under consideration to serve in a potential Joe Biden cabinet.