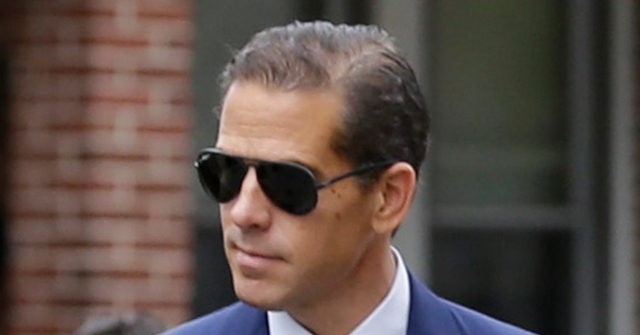 The far-left New York Times published a lengthy hit piece against the New York Post about the Hunter Biden emails.

Bottom line with yours truly… When it comes to the shady gathering of the truth for the public good, I refuse to play by two separate sets of rules. I refuse to live in a world where it’s okay for the New York Times to make Trump’s tax returns public but not okay to make Hunter Biden’s business emails public.

There are two headlines in the New York Times hit piece…

The first is that the Times does not in any way dispute the authenticity of the emails.

In fact, no one has disputed the authenticity of the emails, including Hunter Biden and Joe Biden and the Biden campaign.

In fact, outlets like Fox News have started to confirm the authenticity of the emails, and if the emails do prove to be authentic (and I believe they are authentic), that means that Joe Biden is the equivalent of a mafia godfather who’s been using his family as a front for decades to sell out his country and enrich himself.

You know, a few years back, Breitbart News ran headlong into this phenomenon when we proved Lena Dunham lied in her 2013 memoir about being raped by a college Republican while attending Oberlin College.

After Breitbart News published the Dunham bombshell, we were attacked — not because anything in our story was wrong. No one could dispute the reporting. Even Lena Dunham and her publisher admitted the reporting was on the money. No, what everyone was so angry over was that we dared to report a truth — a truth they did not want told. In other words, they weren’t angry we got the story wrong; they were all angry we got the story right.

We’re seeing the same with the Hunter Biden emails.

No one — and I mean no one — including the Bidens, is disputing the accuracy of the Post‘s reporting. They’re just mad the truth is being reported, or they’re focused on where the emails might have come from and, without any evidence — at least so far, claiming the emails were gained through an illegal hack, maybe even by the dreaded Russians.

Who cares where the material came from?

The only time the media make a point of how the sausage is made is when the media do not want to report on the sausage.

And unlike the New York Times, who just a few weeks ago published President Trump’s private tax returns, the Post detailed exactly how it came into possession of Hunter’s emails.

There is simply no moral difference between publishing Trump’s tax returns and Hunter’s emails.

There is no moral difference whatsoever.

There might be a legal difference. There are federal laws protecting the right of privacy related to tax returns. But if the story behind how Hunter’s emails were obtained is true — that someone dropped off a laptop to be repaired and never came back to pick it up or pay the bill — it doesn’t appear as though any laws were broken.

Nevertheless, a moral difference does not exist.

And as far as I’m concerned, I don’t give even a tiny damn where the truth comes from, as long as what’s being reported is the truth. I said that about WikiLeaks when John Podesta’s emails were released in 2016. I believe that about Trump’s tax returns (which only proved he did nothing wrong), and I believe that about Hunter’s emails.

Let’s face it… The national political media are now so corrupt, so compromised, so wicked, that the only way we are ever going to learn the truth about a Joe Biden or a Barack Obama or a John Podesta or a Hillary Clinton is by way of a WikiLeaks, a Breitbart News, or a James O’Keefe.

I’m not okay with the humiliation and ridicule of Hunter Biden’s drug problems, the photos flying around… If I were king, we’d stick to business and keep the personal personal.