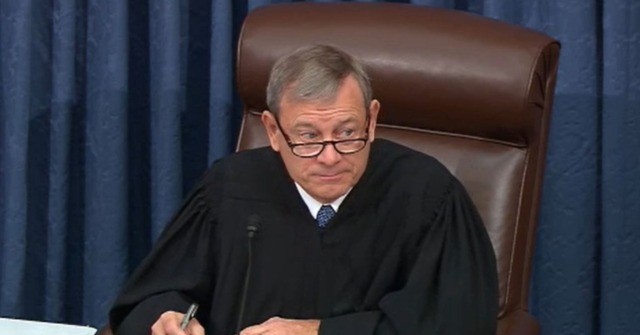 The U.S. Supreme Court rejected a Republican application to stay the decision of the Pennsylvania Supreme Court to grant the Democratic Party’s request to make several changes to mail-in voting that critics have decried as vulnerable to fraud.

As Breitbart News reported last month, “The Pennsylvania Supreme Court ruled … that ballots received three days after Election Day will still be counted — even if there is no evidence they were postmarked on time.”

The Supreme Court, however, split 4-4 on the request, leaving the decision of the lower court in place. Chief Justice John Roberts sided with the Court’s liberal minority; the remaining four conservative justices sided with the Republican request.

The Court currently has only eight justices, due to the passing last month of Justice Ruth Bader Ginsburg.

In an interview with Breitbart News Daily earlier this month, Sen. Ted Cruz (R-TX) pointed out the need to have a ninth judge before the election to decide close election cases.

“It’s one of the reasons why it is so important that the Senate confirm Judge Barrett, because if the Supreme Court only has eight justices, eight justices can divide four to four,” Cruz noted. “An equally divided court has no authority to decide anything. So if we have this chaos of litigation, if the Supreme Court is equally divided, there is no resolution and we’re in a constitutional crisis.”

Cruz warned, “If the Supreme Court is divided four-four, there is no answer. You just sty in the chaos, and and that’s why I think it is so important to have fully functioning court.”

Cruz concluded, “There were four justices in Bush versus Gore that were happy to say keep on recounting, keep counting until you find find more Al Gore votes, and that’s dangerous.”

Barrett is expected to be voted out of the Senate Judiciary Committee this week and to be confirmed by the full Senate next week.

Pennsylvania is considered a key battleground state in the 2020 presidential election.