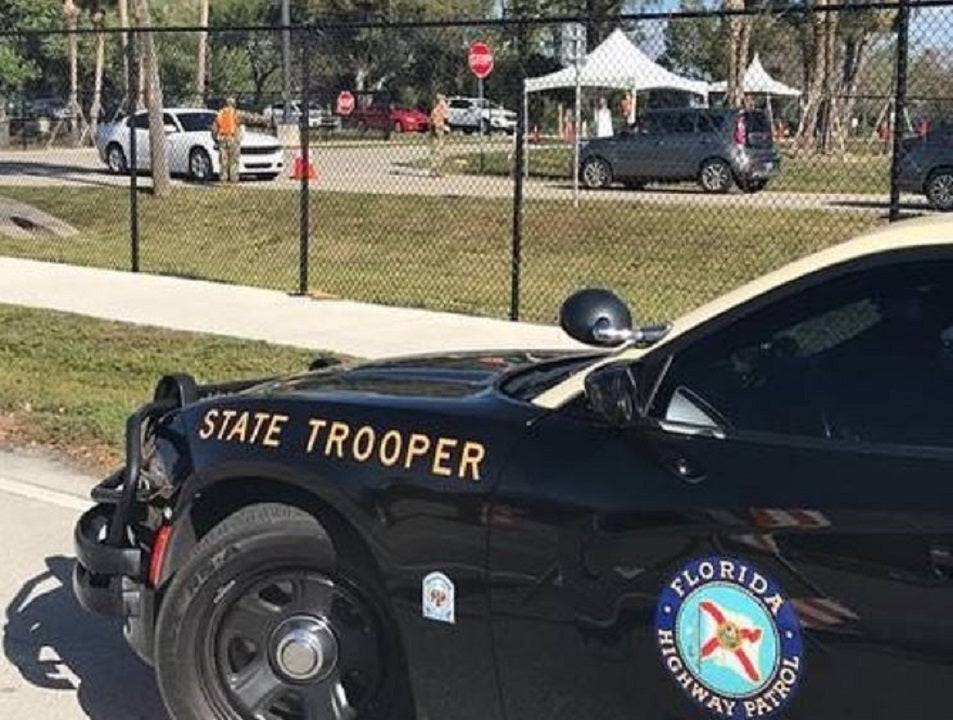 A Florida police vehicle knocked a motorcyclist off his bike during a high-speed chase Sunday along a freeway and was captured on video.

In a pair of videos uploaded to social media, several Florida Highway Patrol vehicles are seen chasing someone on a motorcycle on Florida’s Turnpike in Delray Beach, 55 miles north of Miami.

The chase occurred next to a procession of bikers participating in the West Palm Beach Breast Cancer Awareness Ride Out, the Daily Mail reported. A Highway Patrol vehicle is seen speeding on the shoulder of the freeway in an attempt to get to the biker.

A distance away, an FHP unit is seen apparently crashing into the back of the motorcyclist, who then skids across the freeway and crashes into a median.

The man tries to get up and is quickly tackled by troopers. It was not clear why he was being pursued.

Messages to the Highway Patrol from Fox News were not immediately returned.