Young Thug allegedly caused his long-time chauffeur to get the crap beaten out of him at a house party, and now the driver’s threatening to sue the boss.

Derrick Thrasher says he worked as a personal driver for Young Thug over the past 7-8 years. He claims YT invited him to a party in L.A. back in May, where he got into an argument with another rapper named Lil Duke. 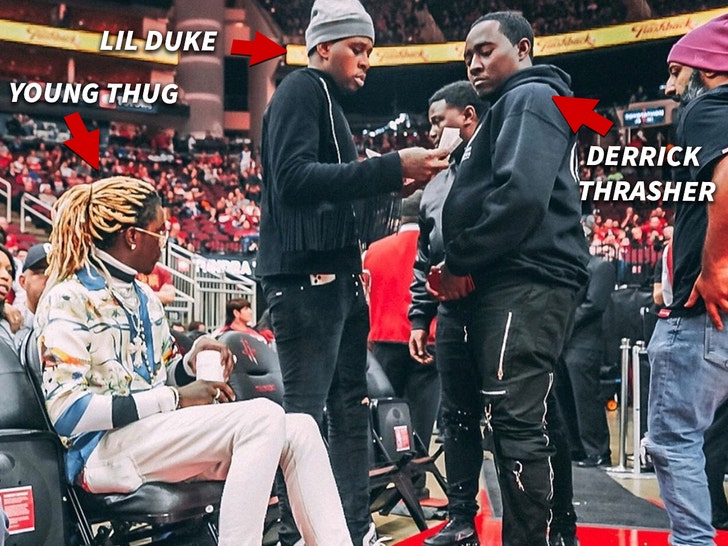 Now, according to Thrasher’s lawyers … the driver took the high road, and left the party to avoid a brawl. However, Thrasher says duty called — Young Thug needed a ride home, so the driver had to go back to the party … and that’s when he claims he was viciously assaulted and beaten.

In the letter, sent to Young Thug, Thrasher’s attorneys — Paul M. Aloise Jr. and Ryan P. Molaghan — say their client was held down, punched, kicked and had a liquor bottle smashed over his head. He claims he ended up needing surgery.

The driver is now threatening a lawsuit against Young Thug and Lil Duke’s record label, 300 Entertainment, if they can’t agree on a settlement.

We reached out to honchos at Young Thug’s record label … so far, radio silence.