This is the hilarious moment a young boy in Denmark repeatedly attempts to knock down an advertising sign in the middle of a shopping district.

The child, who is wearing a red and white jumper squares up to the four-foot high sign – which is a good six inches taller than him.

The boy runs up to the sign, which is attached to a sturdy base by two strong springs, and pushes it with all his strength. 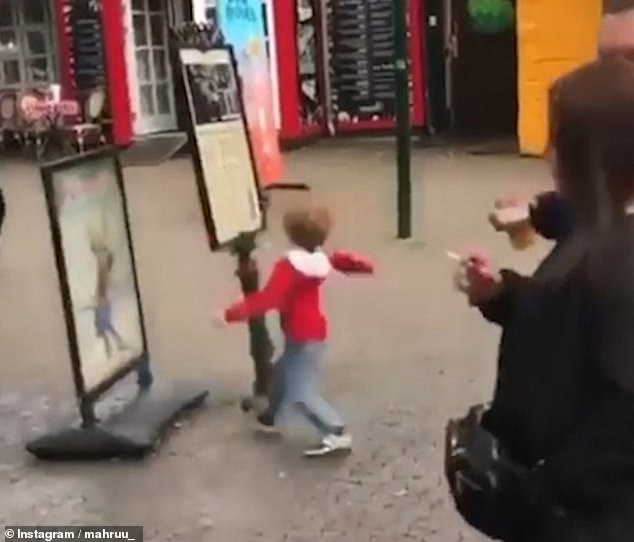 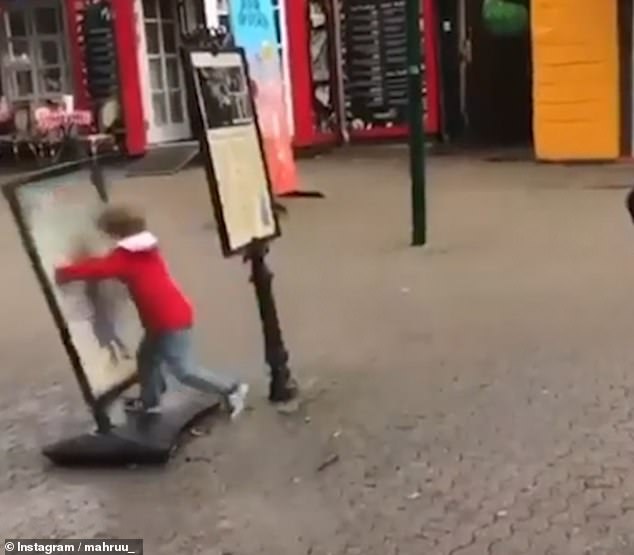 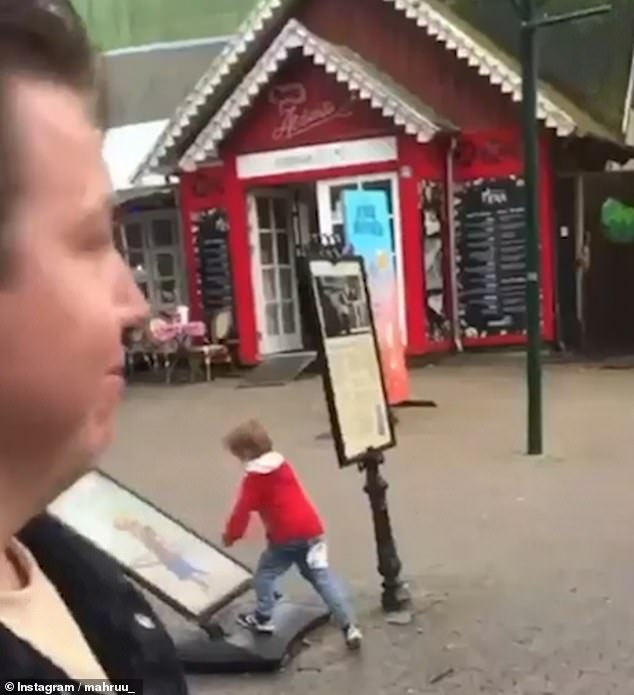 The sign fall backwards to almost 90 degrees, tightening the springs at the base which propel the rectangular board back to an upright position at high speed, smashing into the child’s head.

Despite the shock of being bashed in the face, the determined young boy runs back at the sign, hitting it harder a second time, only to get thrown back further.

He takes a third run at the board and is once again thwarted. Several adults stood around laughing and filming the boy as he risked getting concussion.

Luckily, the youngster’s misguided fun was halted by a security guard who spotted the boy and told him to stop. 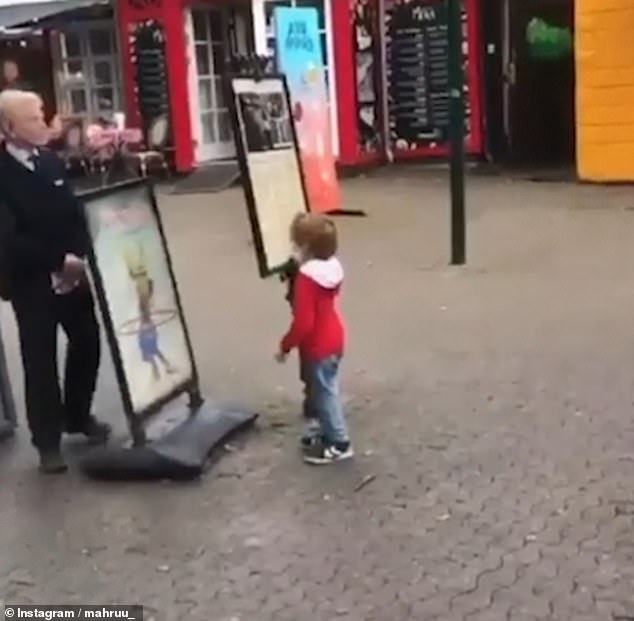 Eventually, a security guard approached the boy and told him to stop playing with the sign