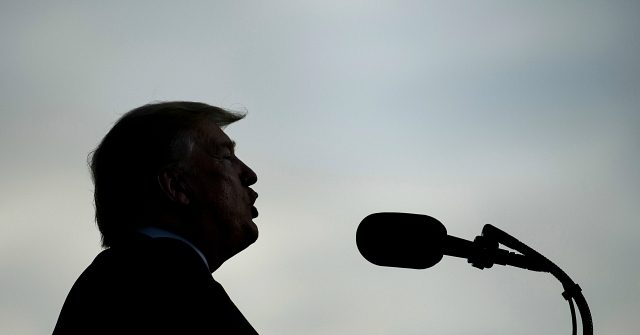 With less than a month to go before the election, Amazon held back the release of the Amanda Milius documentary The Plot Against the President for almost two weeks, saying that the movie needed a “content review” before it could stream on its Prime Video platform.

Filmmaker Amanda Milius told Breitbart News that she and her distributor submitted the movie to Amazon on October 10 so that viewers at home could rent or purchase the title digitally.  But they were informed six days later that Amazon was conducting a “content review” of the movie.

When they inquired about the delay, they said Amazon sent them a vague reply: “We do not have any insight on the ETA for the title. Thanks for your patience with us during this time.”

Amazon finally released the movie on Thursday — 12 days after it was first submitted — after a journalist from The Hollywood Reporter inquired about the hold up.  Breitbart News separately asked Amazon about the nature of the “content review” but a spokesperson declined to comment.

Normally, Amazon takes between two to four days to process a movie submission, according to Cory Tucek,  president and CEO of Turn Key Films, which is distributing the documentary.

The Plot Against Trump provides an in-depth look at the Russiagate hoax and how Democrats and the mainstream media conspired to undermine the peaceful transition of power following the 2016 election.  The documentary, which is based on Lee Smith’s bestseller of the same name, focuses in large part on Rep. Devin Nunes’ (R-CA) efforts to expose efforts to take down President Donald Trump.

Amazon has previously suppressed video content that treats President Trump fairly or in a positive way. As Breitbart News reported, Prime Video declined to stream primetime coverage of the Republican National Convention in August, after it streamed all four nights of the DNC the week before.

“We need new platforms because this type of thing will just keep happening to us,” Milius told Breitbart News. “We’re at the mercy of these giant platforms.”

The Plot Against the President is already available on Vimeo and Turn Key’s own streaming platform, Movies Plus. But distribution on Amazon Prime Video gives the movie far greater reach given Amazon’s ubiquity.

Milius estimates that the movie has already been viewed about 500,000 times, not including Amazon Prime Video.

The Plot Against the President has also encountered resistance from Facebook when Movies Plus submitted an ad that featured a poster for the documentary.

Cory Tucek, who heads the streamer, told Breitbart News that Facebook told him the ad was rejected on the grounds that it could interfere with the election.

As Breitbart News reported, Facebook has taken a more aggressive role leading up to the election, recently reducing the distribution of a New York Post bombshell story about the Biden family scandal, which effectively limits the story’s reach to the platform’s users.