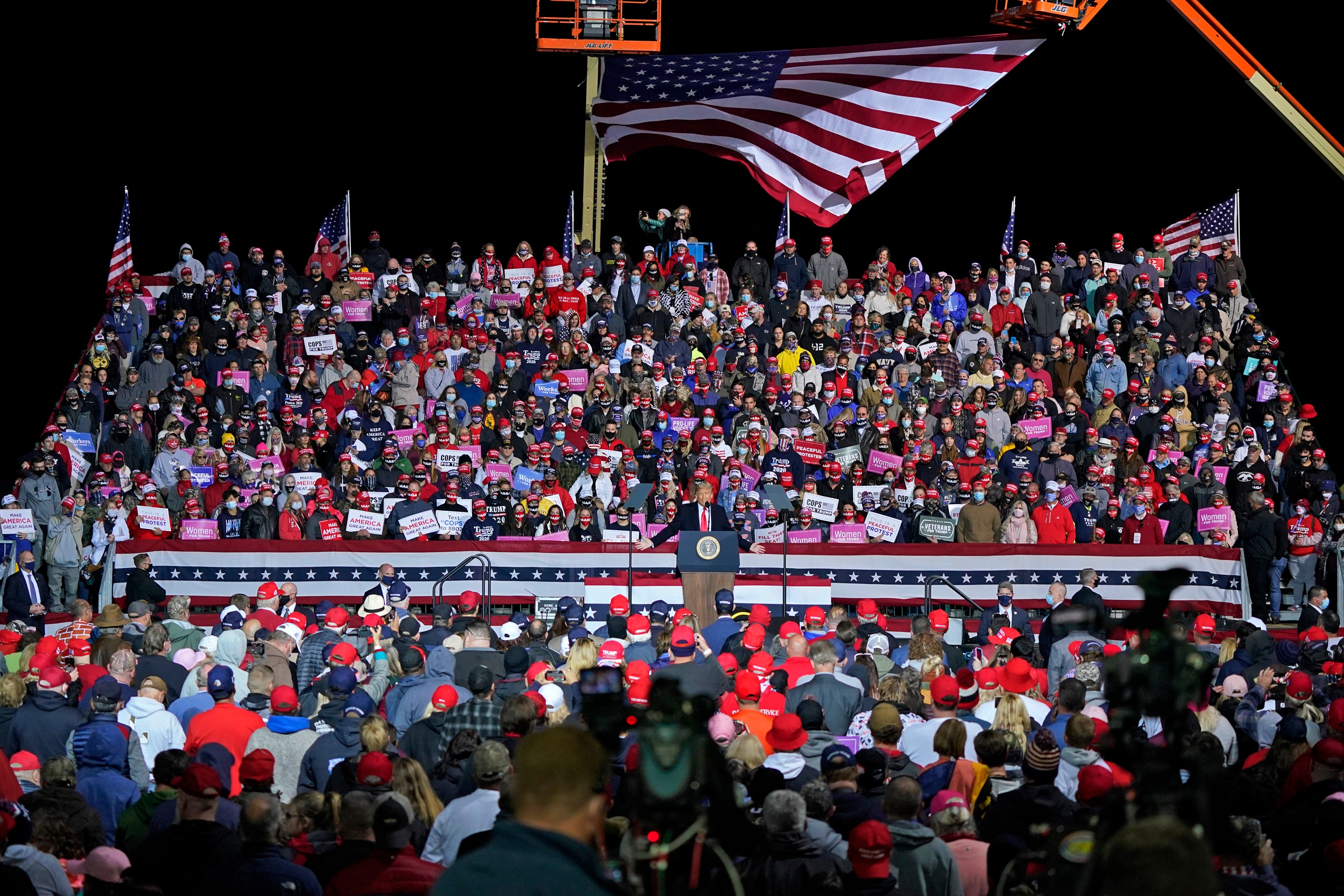 Comedian Tim Young spent the last several months traveling across America, speaking with regular people about the election, and he has arrived to one conclusion: Mainstream media outlets who don’t think President Trump has a shot at reelection are dead wrong.

“He has unprecedented support… I wouldn’t believe the polls at all,” Young told host Steve Doocy Thursday on “Fox & Friends.”

DOUG SCHOEN: BIDEN’S AHEAD IN POLLS — BUT SO WAS HILLARY CLINTON. CAN TRUMP STILL WIN?

He recently penned a Washington Times op-ed headlined, “Why I don’t believe in the polls, and you shouldn’t either,” which details his encounters with voters across the nation.

“The silent majority is alive, well and growing in America — and they are staying silent or flat-out lying because they’re afraid they’ll be attacked or canceled by the left if they speak out,” Young wrote.

He explained to Doocy that it all started in a Minnesota barber shop.

“I just kind of talk to everyone around the country when I’m traveling about what they think about the polls, how COVID has affected them and I asked if anyone had been given a poll, and the barber spoke up and said he and his wife had been called by pollsters and they lied,” Young said. “They said that they were voting for Joe Biden because just down the road there were a lot of riots, not just in Minneapolis but in Kenosha, Wisconsin, and they were afraid.”

Young explained the barber and his wife were not only concerned about violent mobs, but they also feared that there business could be targeted if they admitted to being Trump supporters.

Doocy responded, “So, people who had been polled just flat-out lied even though they were gonna vote for Trump, because they didn’t want to put themselves in danger, right?”

“Absolutely,” Young answered. “And I’ve been hearing more and more from folks… also in that barber shop some other people piped up and said, ‘We did the same thing.’”

Young feels that Trump supporters being skeptical of pollsters is a growing trend across the nation.

“When you see these organic boat flotillas… parades and everything, this just doesn’t happen. It hasn’t happened for any other candidate and the polls don’t add up and that starts to make sense when folks say that they’re lying to pollsters,” Young said.

“I think we’re gonna see a lot of folks in the media cry a lot more,” he joked.