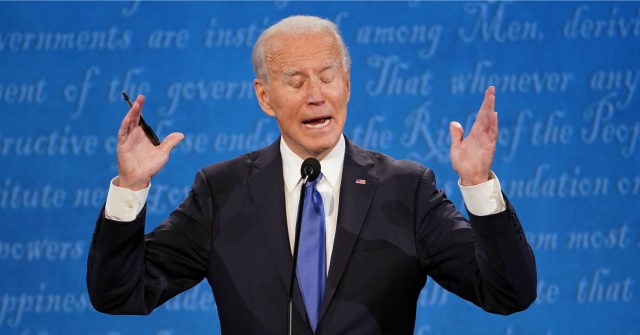 VERDICT: False. Millions of Americans lost their health insurance plan because of Obamacare, which was called the “lie of the year” in 2013.

During the presidential debate, Biden said he supports Americans’ access to private health insurance, asserting his public option plan would and Obamacare never forced Americans to lose their health insurance.

Former President Barack Obama infamously claimed several times that “if you like your health care plan, you can keep it” under the ACA.

However, despite Biden’s claim, in 2013 alone, or right after the ACA became law, some estimates found that 1.5 million Americans lost their health insurance because of Obama’s landmark healthcare legislation.

Politifact even slapped Obama’s claim as the “Lie of the Year” for claiming that Americans could keep their plans with Obamacare.

Boiling down the complicated health care law to a soundbite proved treacherous, even for its promoter-in-chief.  Obama and his team made matters worse, suggesting they had been misunderstood all along. The stunning political uproar led to this: a rare presidential apology.

For all of these reasons, PolitiFact has named “If you like your health care plan, you can keep it,” the Lie of the Year for 2013.