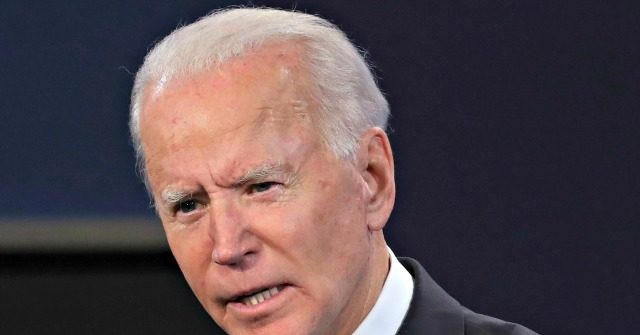 The former Vice President used the phrase as a defense eight times during the debate:

Biden frequently uses the phrase “C’mon” or “C’mon, man” to express his disbelief after attacking his opponent for something they have done.

1. “He talks about how, don’t worry it’s all going to be over soon,” Biden said about Trump and the coronavirus. “C’mon! There is not another serious scientist in the world who thinks it will be over soon.”

2. “We’re learning to live with it?” Biden said about coronavirus. “C’mon! We are dying with it.”

3. All those teachers out there, not that many of you are going to die, so don’t worry about it,” Biden said, paraphasing Trump. “C’mon!”

4. Biden also said that Trump believed he was “smart” because he was able to “game the system” on taxes. “C’mon! C’mon! folks,” he pleaded.

5. “That’s like saying we had a good relationship with Hitler before he invaded the rest of Europe,” Biden said, in response to Trump’s answer on North Korea. “C’mon!”

6. “The idea that Donald Trump is lecturing me on social security and medicare?” Biden asked. “C’mon!”

8. “He said about the Poor Boys (sic) last time we were on stage here, he said, I tell them to stand down and stand ready. C’mon! This guy has a dog whistle as big as a foghorn.”