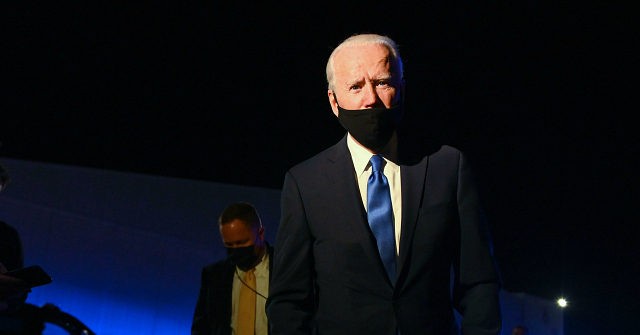 President Donald Trump delivered on his promise to post a video of Joe Biden expressing his negative views on fracking, highlighting the montage shortly after the second and final presidential debate concluded on Thursday night.

“Here you go @JoeBiden!” Trump tweeted alongside a video featuring both Biden and his running mate criticizing fracking and expressing their hopes to eliminate fossil fuel. The tweet is also featured on Trump’s campaign website.

The first clip featured in the montage shows Biden responding to the question, “Would there be any place for fossil fuels including coal and fracking in a Biden administration?” during a Democrat primary debate.

“No. We would work it out. We would make sure it’s eliminated and no more subsidies for either one of those,” Biden said.

Trump posted the video after Biden asserted that he did not oppose fracking.

“I have never said I oppose fracking,” Biden said.

“You said it on tape,” Trump responded.

“Show the tape. Put it on your website,” Biden said, prompting Trump’s promise to do so.

Joe Biden said to play the tape of him saying he opposed fracking.

Well, President @realDonaldTrump played the tape at his rally just days ago!