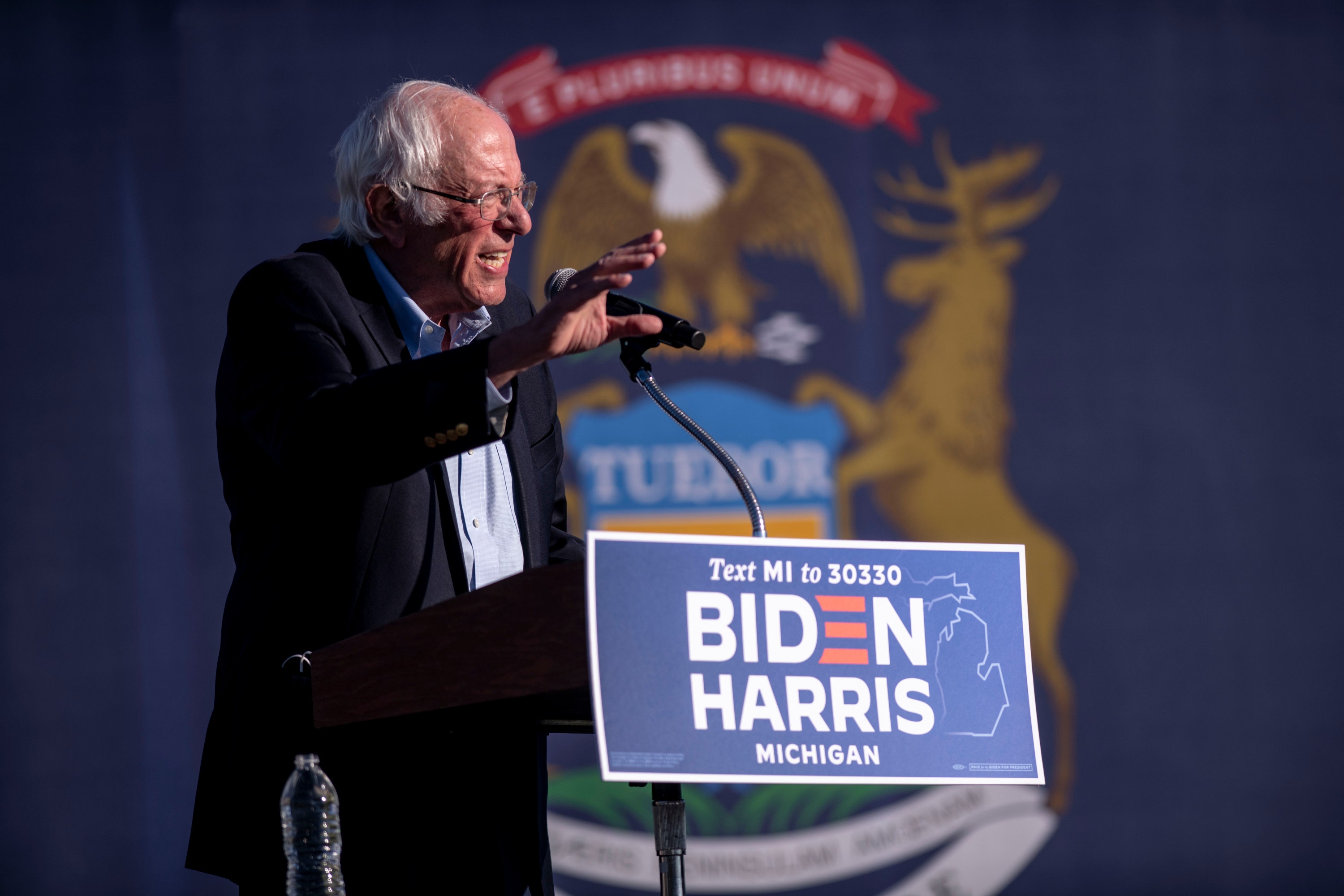 U.S. Sen. Bernie Sanders is reportedly interested in serving in Joe Biden’s Cabinet if the Democrat wins the presidency — with plans to push for more “progressive voices” in the nation’s leadership.

Sanders, an independent from Vermont who was Biden’s most serious Democratic challenger during the primary season, has reached out to contacts within Biden’s transition team with a specific interest in the labor secretary position, two sources told Politico.

“I can confirm he’s trying to figure out how to land that role or something like it. He, personally, does have an interest in it,” one source close to Sanders told the outlet.

Sanders told Politico at the moment he’s solely “focused on seeing that Biden is elected president.”

A potential Biden cabinet could be diverse: former Ohio Gov. John Kasich, R-Ohio, and former Sen. Jeff Flake, R-Ariz., are reportedly being considered for positions. Both conservatives have endorsed the former vice president.

Biden has long touted his ability to work across the aisle. While in the Senate, he was a close ally of both the late Sen. John McCain, R-Ariz., and Sen. Lindsey Graham, R-S.C.

Biden’s transition team told Politico it wouldn’t be making any decisions before the election.

Sanders dropped out of the presidential race last April — then endorsed the former vice president more readily than he backed former Democratic nominee Hillary Clinton when he lost to her four years ago.

Sanders has done multiple virtual events for Biden since.

PROGRESSIVES, INCLUDING ‘SQUAD,’ RELEASE AGENDA TO PUSH BIDEN TO THE LEFT

“It would be great to have a unity government that takes into account that progressives are a pretty healthy portion of the electorate,” Sanders’ former campaign manager Faiz Shakir said. “Heeding that would be good, but if Joe Biden wins, he rightly has a mandate to move in whatever direction he chooses.”

If Sanders were to get the position, however, it could affect the balance in the Senate because Vermont’s Republican Gov. Phil Scott would be allowed to appoint someone to fill Sanders’ seat until a special election could be held, leaving Democrats potentially down another seat in the crucial governing body.

Another source close to Sanders told Politico there’s “zero chance” he would get the position because he’s a “Lone Ranger” in how he works with people.

Politico reported other names that have been floated for the position include Bill Spriggs, the AFL-CIO’s chief economist; Sharon Block who formerly worked in the Obama administration; Rep. Andy Levin, D-Mich.; or even a union official.