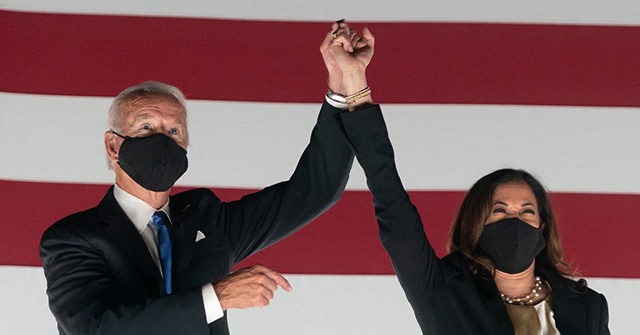 America learned this week that members of the “intelligence community” are working with social media companies to shut down speech associated with “populist movements,” whatever that means.

And the worst part it is that our media love it.

It struck me, listening to an Axios media reporter praise the “defense systems” that prevented a story about the Biden family’s corruption from reaching the voting public, that if President Donald Trump loses, some very bad things will become norms:

1. Tech censorship. The New York Post has been locked out of its Twitter account for more than a week over a story whose substance has never been denied: that Hunter Biden introduced his father, then-Vice President Joe Biden, to an adviser to the corrupt Ukrainian energy company Burisma. Even the Biden campaign admitted it might have happened. The story proves Joe Biden lied when he claimed he never discussed his son’s business interests. The tech giants disappeared it, 1984-style.

2. “Truth” commissions. Former Clinton administration labor secretary Robert Reich called for a “Truth and Reconciliation Commission” to single out everyone who “enabled” the Trump presidency. He borrowed the idea from South Africa, casting our democratically-elected American government as an illegitimate apartheid tyranny. Likewise, former ESPN and MSNBC host Keith Olbermann called for Trump supporters to be “prosecuted.” If you think that could never happen, think about…

3. Political prosecutions. Former National Security Advisor Michael Flynn was innocent of any crime, and yet the director of the FBI sent agents to the White House to entrap him so that he would have to be fired — or prosecuted. There is no proof Flynn lied to them, but that’s what he was prosecuted for, simply as a way to undermine Trump. He withdrew his guilty plea after it was revealed that the government had sat on exculpatory evidence. The judge won’t let the government drop the case.

4. Deep state abuses. Someone leaked Flynn’s name to the media to destroy him — just like an FBI lawyer altered an email to lie to the secret Foreign Intelligence Surveillance Act (FISA) court that allows the government to conduct surveillance. It was one of the most egregious violations of civil liberties in recent American history, yet the left applauded it and the civil rights establishment said nothing. John Durham’s investigation of these abuses will not survive long if Trump is defeated.

5. Riots. There were thousands of “peaceful protests” over the death of George Floyd in police custody in Minneapolis — and riots in 48 out of 50 American cities. Many businesses were destroyed; synagogues and churches were vandalized, or worse. Democrats enthusiastically supported the movement, and tried to cover up the violence until it became a political liability. If they win an election after a summer of violent efforts to achieve political change, we can expect more in future.

6. Phony “history.” Mobs spent the summer tearing down monuments — including statues of abolitionists — as symbols of racism. The New York Times won the Pulitzer Prize for the fraudulent “1619 Project.” And companies began forcing their employees to read books about “white privilege” and “systemic racism.” If they win, Democrats will continue to tear down America’s history and heritage, and teach future generations of children that the 2020 election was a glorious “revolution.”

7. Racism and race obsession. Professional sports leagues have knelt before the Black Lives Matter movement, adopting its ideology and desecrating the American flag and the national anthem. Meanwhile, Democrats in California are trying to pass a referendum, Proposition 16, to legalize racial discrimination, overturning Proposition 209. Ideas like Critical Race Theory are already shaping school curricula. If Democrats win in 2020, they will keep forcing their racial obsession on our society.

8. Cancel culture. The left has begun punishing dissent everywhere, forcing people out of their jobs and communities for expressing views at odds with the orthodoxy of the Democratic Party. Those who fail to keep up with the ever-changing newspeak — who use “sexual preference” rather than “sexual orientation,” for example — are vilified. Minor infractions of the new codes are punished by being banned from social media. It will continue if they win, because it will have worked.

9. Court-packing. Democrats are planning to expand the Supreme Court and stack it with political appointees who will validate their sweeping new legislative plans, from amnesty for illegal aliens to the Green New Deal. They will achieve this — they have said as much — by granting statehood to D.C. and Puerto Rico, adding four new (Democrat) seats in the Senate, and ending the filibuster. They will end the independent judiciary — and with it, the basis for our constitutional republic.