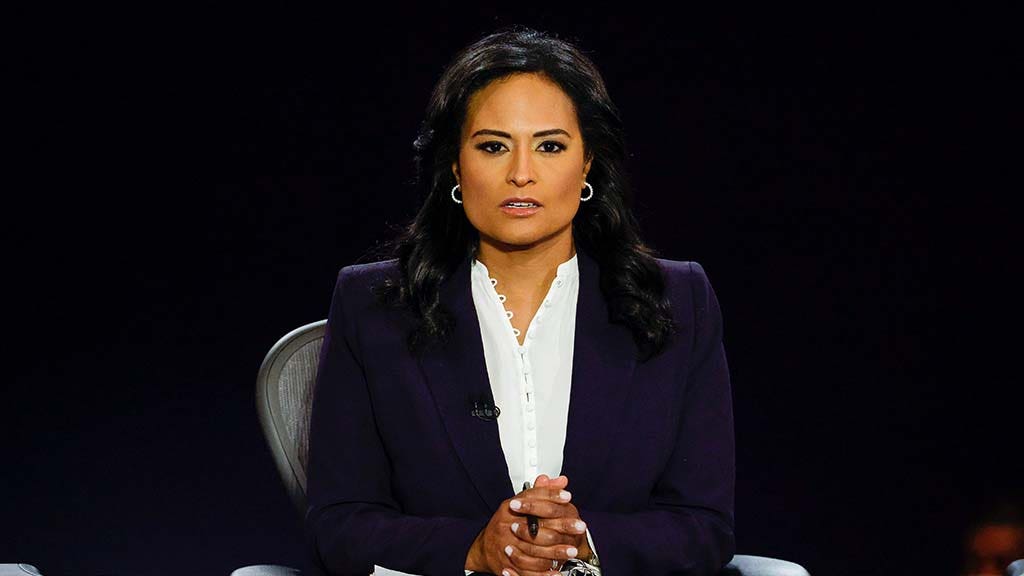 NBC News correspondent Kristen Welker has received plenty of praise for her performance as the moderator of the final presidential debate.

“I would have liked to have been able to moderate that debate and get a real exchange of views instead of hundreds of interruptions,” Wallace said.

Other media figures reacted through posts on social media.

“Kudos to @kwelkernbc for a job well done tonight, and a service to our nation,” said USA Today Washington Bureau Chief Susan Page, who served as moderator of the vice presidential debate.

Members of both liberal and conservative media praised the NBC journalist.

“So far @kwelkernbc is crisp and fresh as a moderator. I think she’s doing a great job,” journalist Yashar Ali tweeted.

“NBC News’s Kristen Welker has an excellent presence and this is key: She asks her questions quickly and maximizes time for the candidates,” Washington Post media critic Erik Wemple said.

“Kristen Welker deserves a lot of praise for how she moderated that debate tonight. She kept order, asked pertinent follow-up questions, and didn’t make it about herself,” Spectator USA editor Amber Athey said.

“One thing we can all agree on: Kristen Welker was absolutely terrific tonight. Sharp and commanding from start to finish. She made a ridiculously hard job look easy,” Politico correspondent Tim Alberta wrote.

“Kristen Welker has done an excellent job moderating – asked useful questions even when not answered, slipped in a fact check so courteously you could miss it, and has been evenhanded and fair,” NPR host Steve Inskeep said.

While Welker did receive criticism for appearing to interrupt Trump far more than Biden, even the president himself during the debate complimented the moderator, who he previously attacked leading up to the political showdown.

“I respect very much the way you are handling this, I have got to say,” Trump admitted.

Welker was also one of the first journalists to directly ask Biden about his son Hunter Biden’s foreign business deals, asking whether in retrospect they were “inappropriate or unethical.” The recent revelations that emerged about Hunter Biden have been a sore subject for much of the media, leading them to downplay or even ignore the explosive controversy.