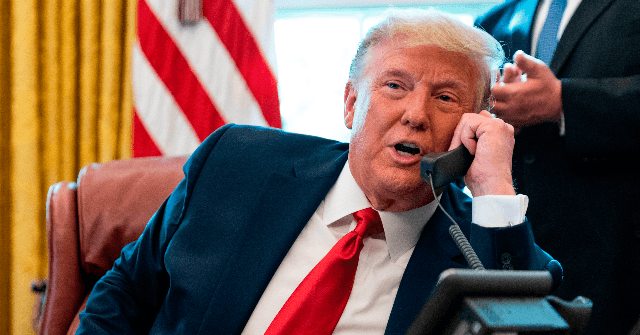 President Donald Trump announced on Friday that Sudan had agreed to normalize diplomatic relations with Israel.

The president brought reporters to the Oval Office as he discussed the agreement between Israeli Prime Minister Benjamin Netanyahu and Sudanese Prime Minister Abdalla Hamdok. Gen. Abdel Fattah al-Burhan, the head of Sudan’s governing council, was also on the call.

“It’s peace in the Middle East without bloodshed,” Trump said during the meeting, celebrating the news.

“We are expanding their circle of peace so rapidly with your leadership,” he said.

This is the third Arab nation to agree to normalize relations with Israel after the leaders of Bahrain and the UAE met Netanyahu to sign an agreement at the White House with President Trump. The president told the press to expect additional Arab nations to join normalizations with Israel, bringing more peace to the Middle East.

“This will be the third country where we’re doing this — and we have many, many more coming,” he said. “We have, they’re coming at us hot and heavy in the coming weeks.”